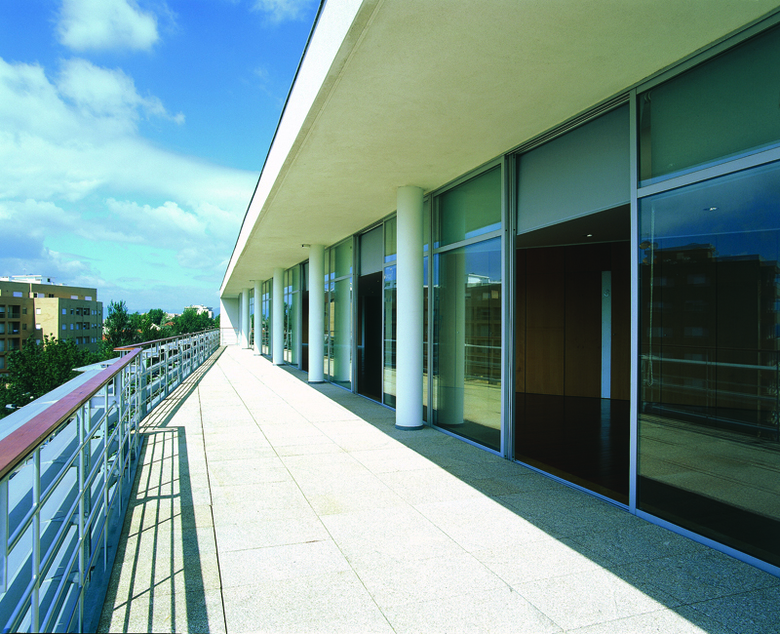 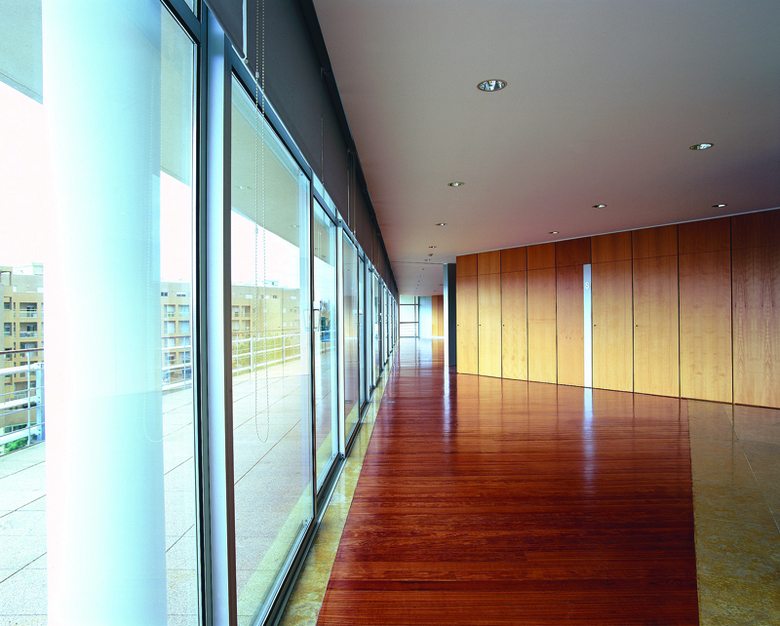 On a residual terrain, with 500 m2, has been programmed a building with underground parking, commercial ground floor, four floors of offices, and a fifth for a prestigious association of the city.

The project tried to find a possible urban treatment for the street corner and the continuity between the alignments of Andrade Corvo Street and the devalued areas along the freeway.

The perimeter of the terrain led to the concentric movement of the west facade, punctuated by an aluminium "Brise-soleil".