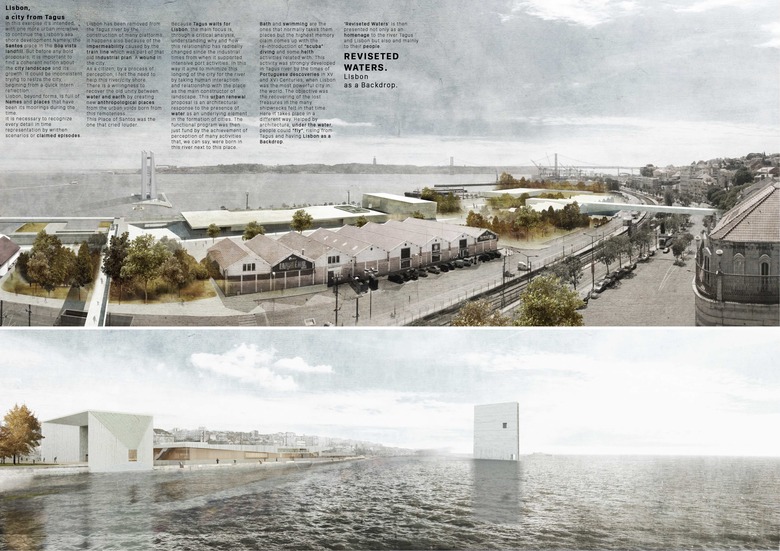 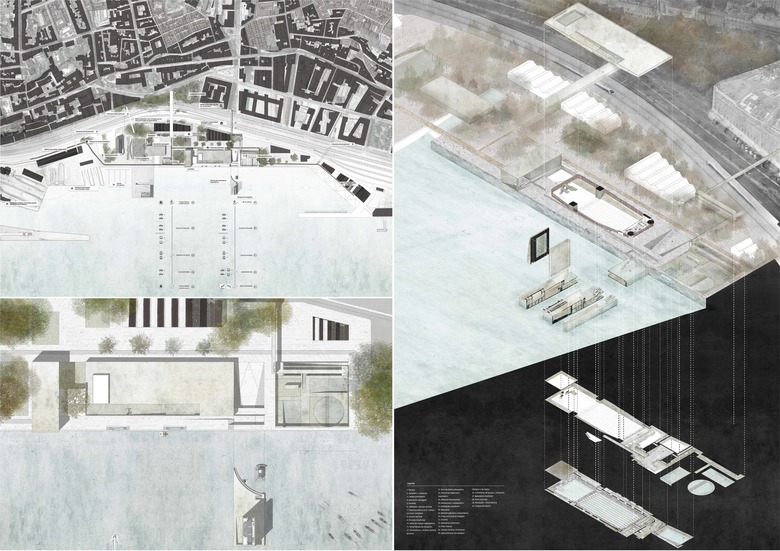 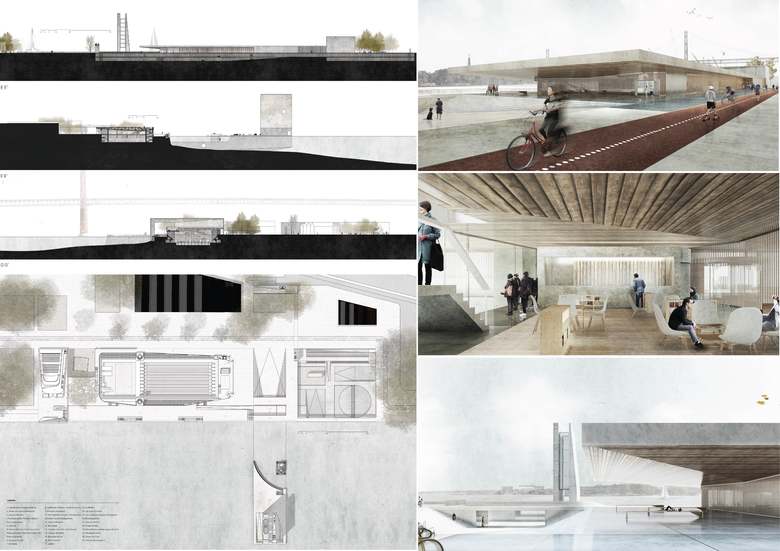 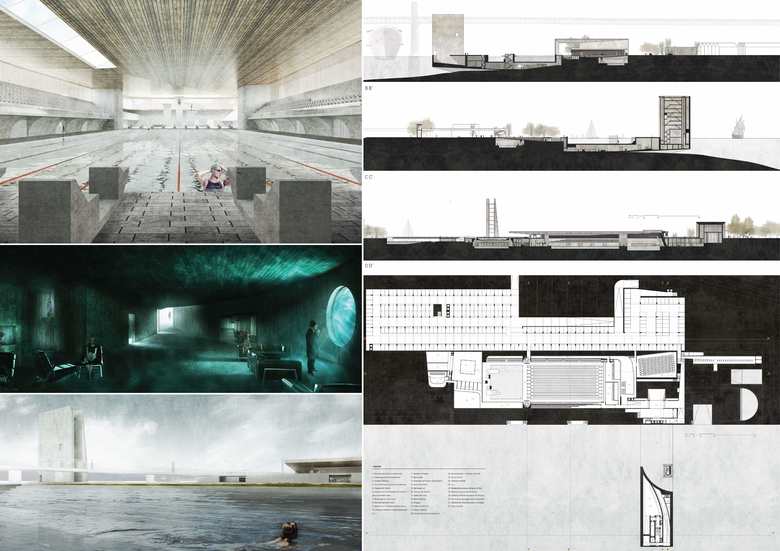 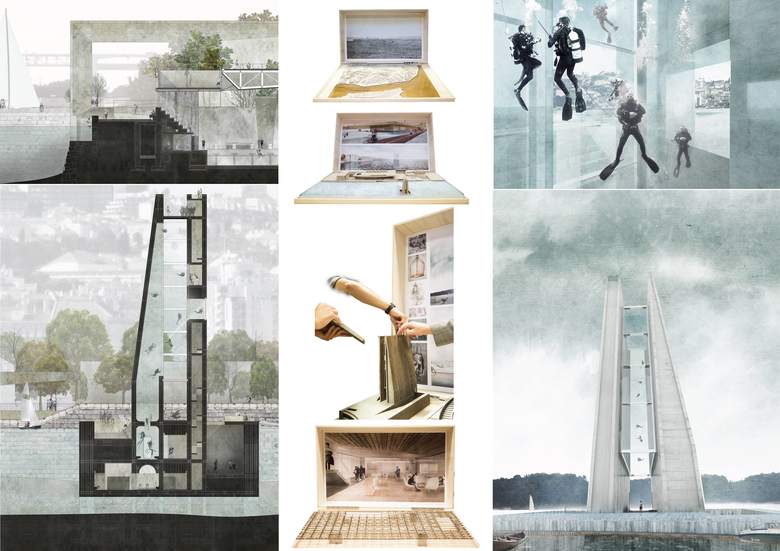 Lisbon as a backdrop

"It takes the earth as its origin, comes alive in the Tagus and retraces back to Lisbon."

Every city deserves to be thought and debated in order to have a coherent development and behaviour. Lisbon has been removed from the Tagus river by the construction of many platforms. Also because of the impermeability caused by the train line. A wound in the city. As a citizen, by a process of perception, I felt the need to help this river/city shore. There is a willingness to recover the old unity between water and earth by creating new anthropological places from the urban voids born from this remoteness. This Place of Santos was the one that cried louder.

Because Tagus waits for Lisbon.

The present exercise represents a reflection on the reasons behind the progressive distance between the city and the river. The main focus is, through a critical analysis, understanding why and how this relationship has radically changed since the industrial times from when it supported intensive port activities. This exercise aims to minimize this longing of the city for the river by taking human interaction and relationship with the place as the main constructor of the landscape, and therefore defining the necessity for it to change. The particular place of this project intends to inspire the previous connection between Water and Earth by reassuring the bond between Lisbon and its Tagus. This urban renewal proposal is an architectural response to the presence of water as an underlying element in the formation of cities.

‘Revised Waters’ is then presented not only as an homage to the river Tagus and Lisbon but also and mainly to their people.