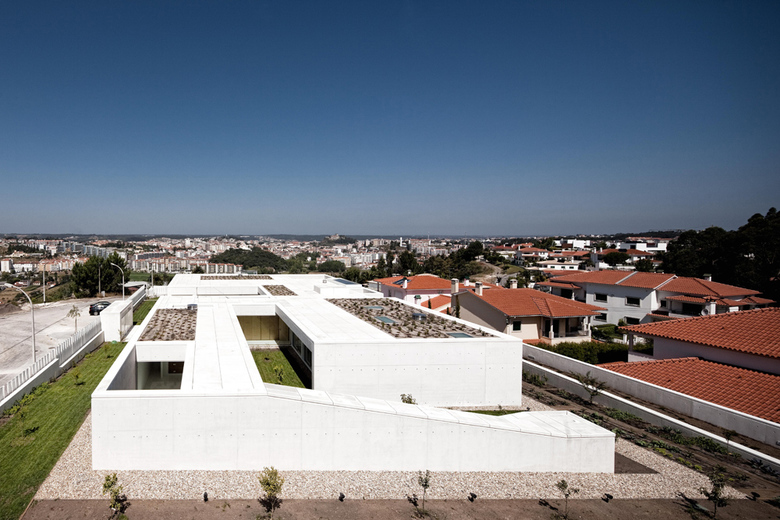 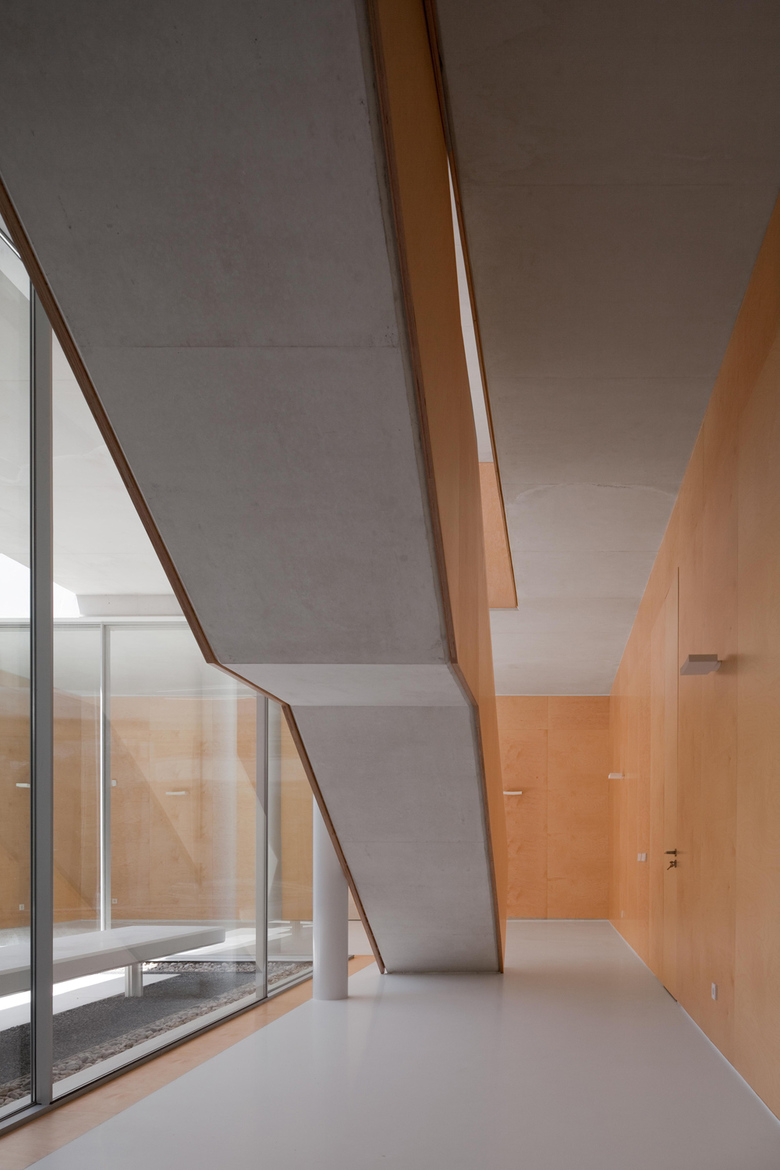 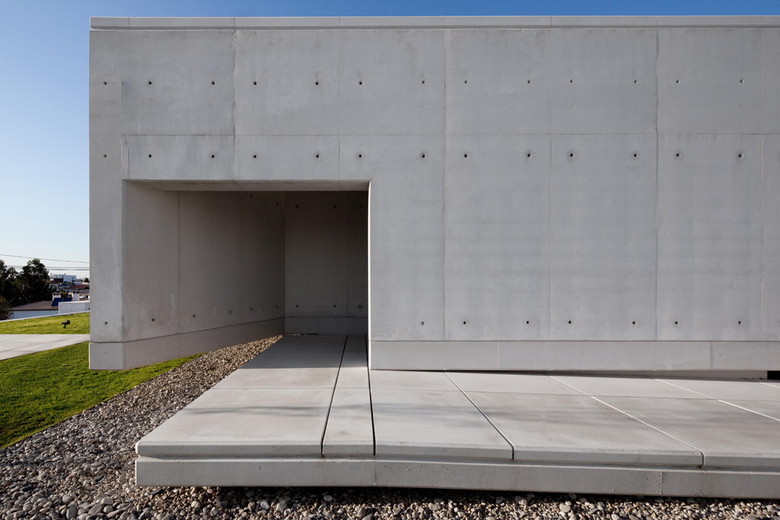 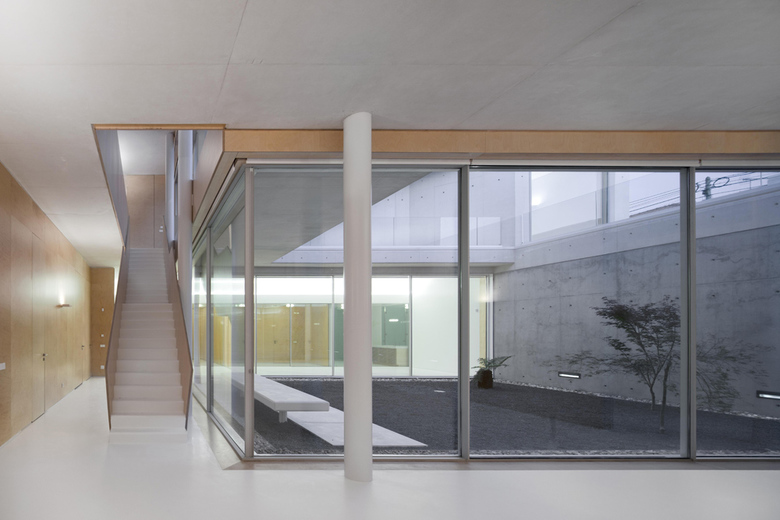 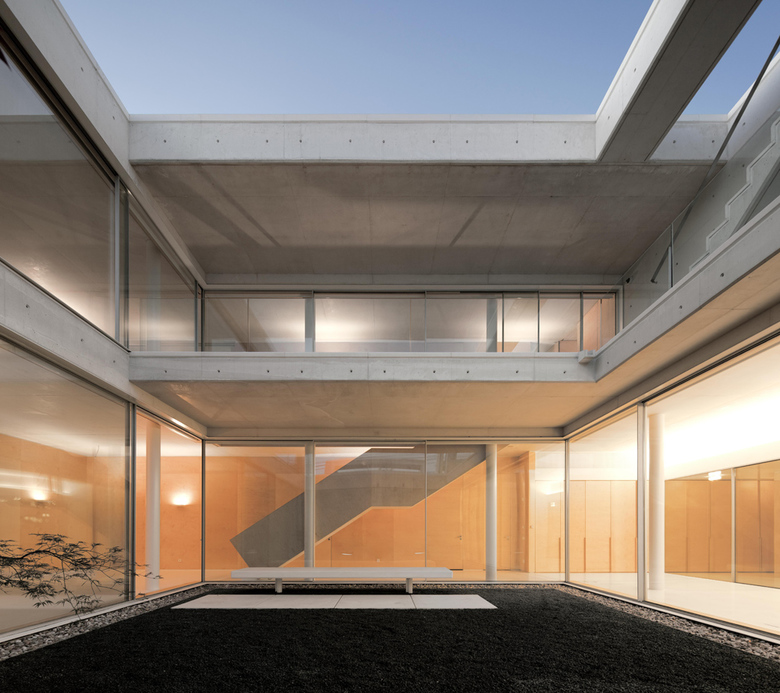 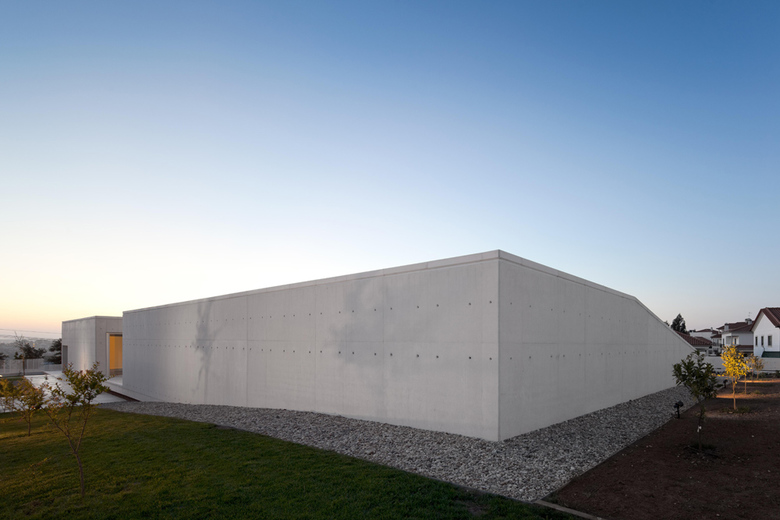 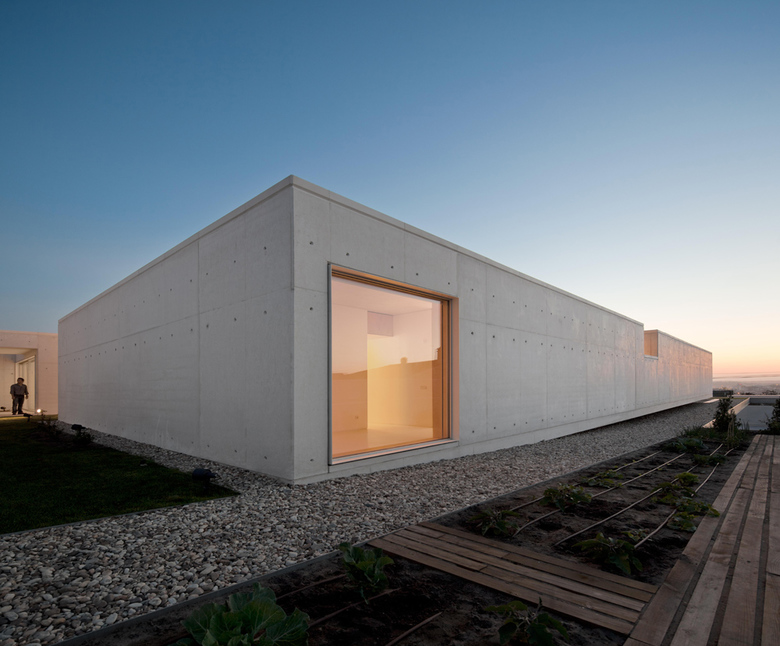 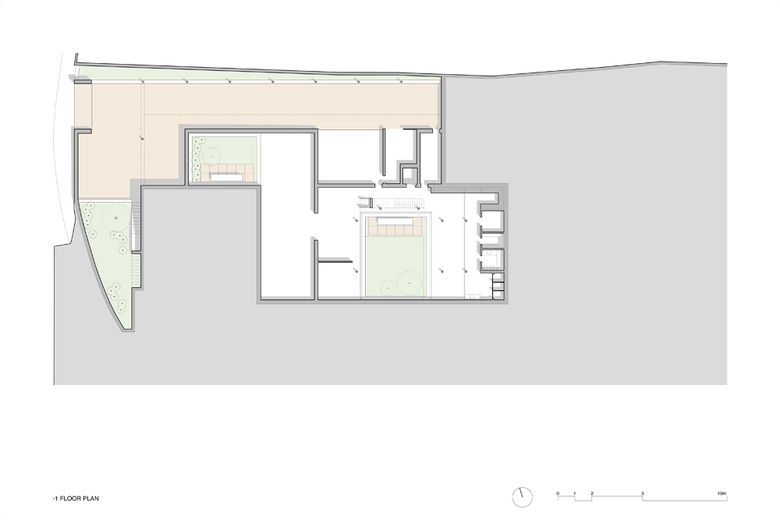 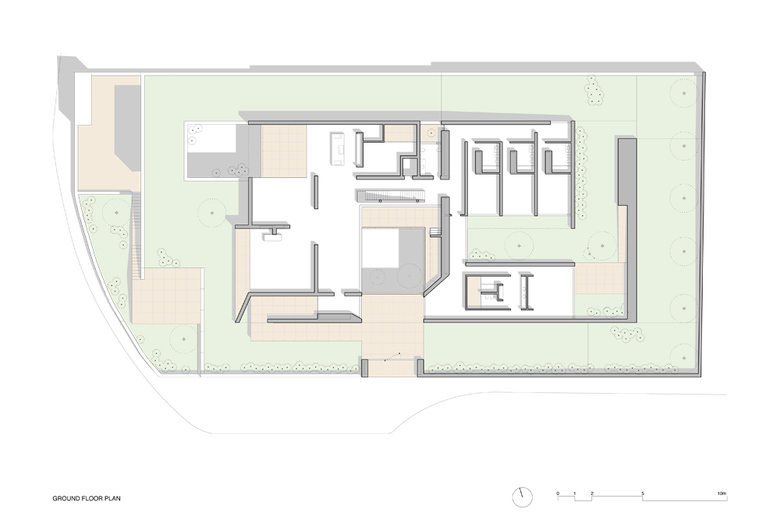 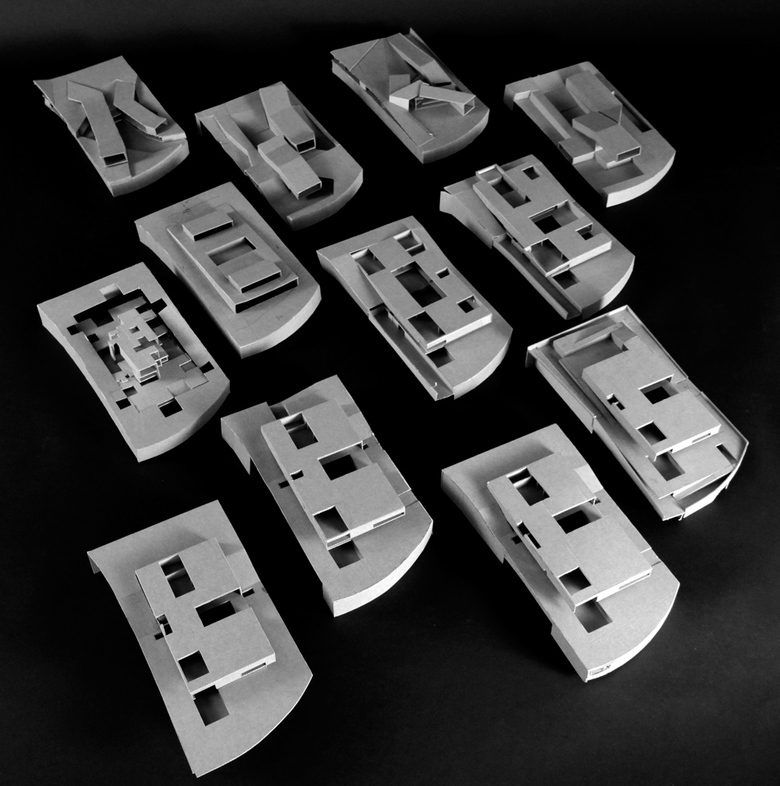 The house is located in a "typical" peripheric urbanization of Pousos, a parish of the municipality of Leiria. Situated east of the city and at high ground, it works as a sort of panoramic belvedere over Leiria.

So as to assure for more space and complete access to the faraway view, the owners bought the three lots ahead, over the "cliff".

Although each lot allowed for the construction of a basement and two more storeys, usually compacted and isolated in the centre of the lot, this assemblage allowed the possibility of having a lower house, which "embraced" portions of garden space.

When we went to the place the first time, the streets surrounding the lot had already been made and, because of the earth displacement necessary for the street making, the land rose suddenly, starting from the sidewalk, like a suggestive construction of a topographic nature. On the surroundings, all the neighbour houses were already built and circled the lot in an "L" shape configuration.

The conception of the house emerges directly from the way we observed this reality. Dealing with a single-family house of large dimensions for local standards, we chose to divide the construction volume in two parts. Half of the construction is buried, like a negative of the land, and assumed as being a part of it. Over that half-land, a second volume is placed, long and flattened, in apparent white concrete.

In the lower volume are located the technical areas, the less used areas or those of support. In the upper volume the socials áreas gather around a main courtyard, and the bedrooms around a private second one.

After all, the main characteristic of this house is the way its dialectical feature comes about: the underground, "natural" half of the building, its upper half, floating and "artificial", and the life flowing between the two. One face, introverted, intimate, of shadow or reflected light; another, open, glowing, transparent, from where it is possible to enjoy the distant horizon.

In the end, we wanted to understand the life and personality of those who come to us in search of a house design, and try to give them a new meaning for everyday life.