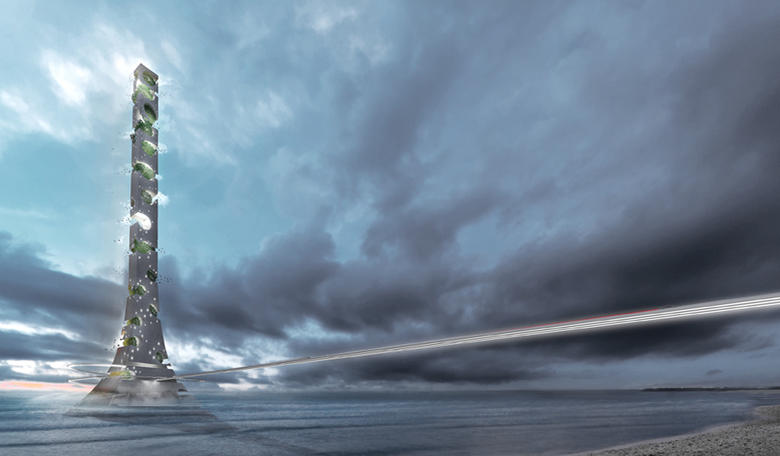 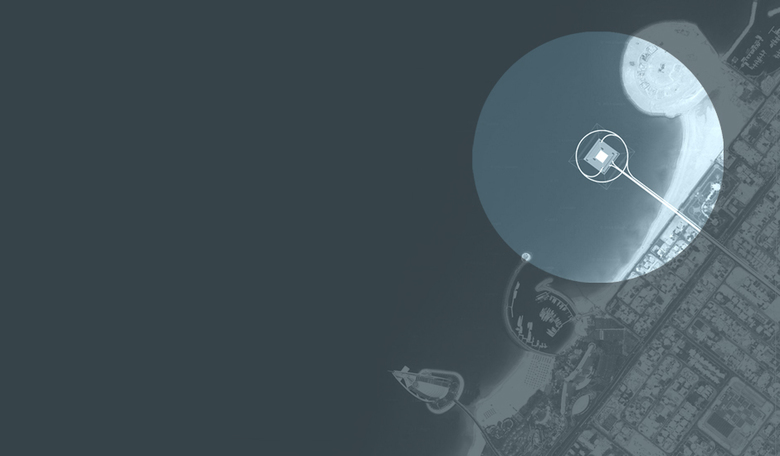 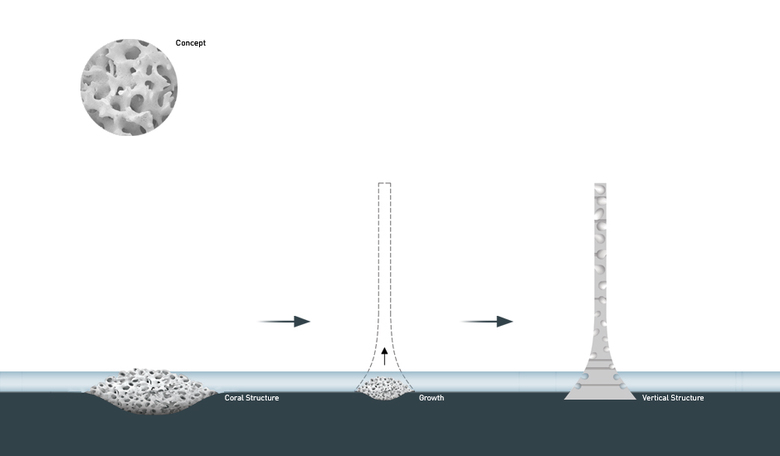 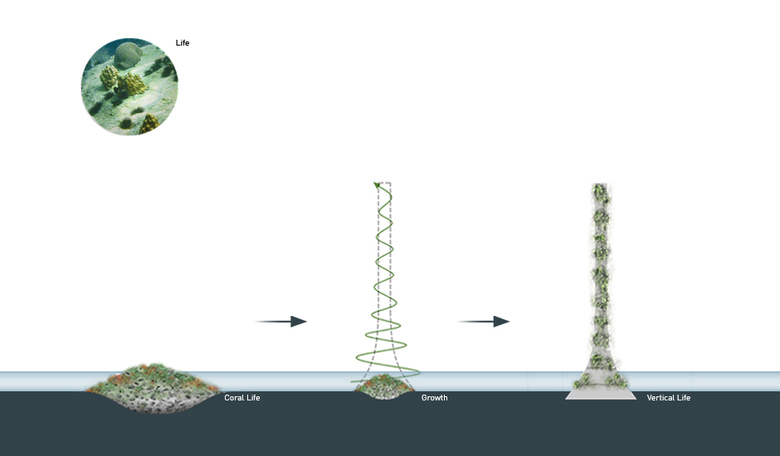 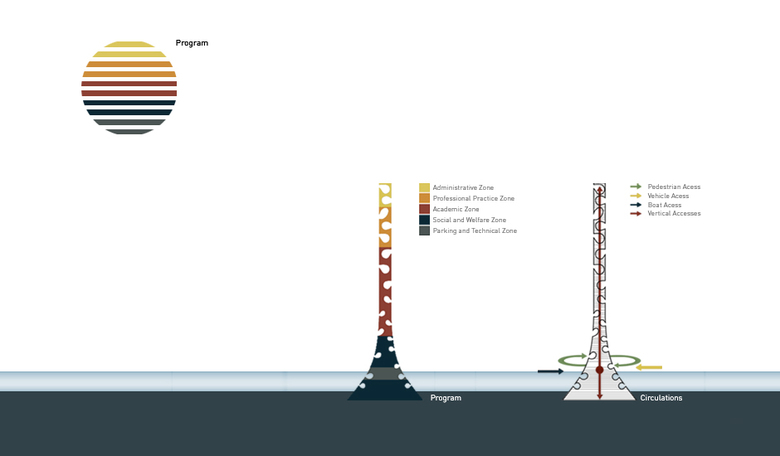 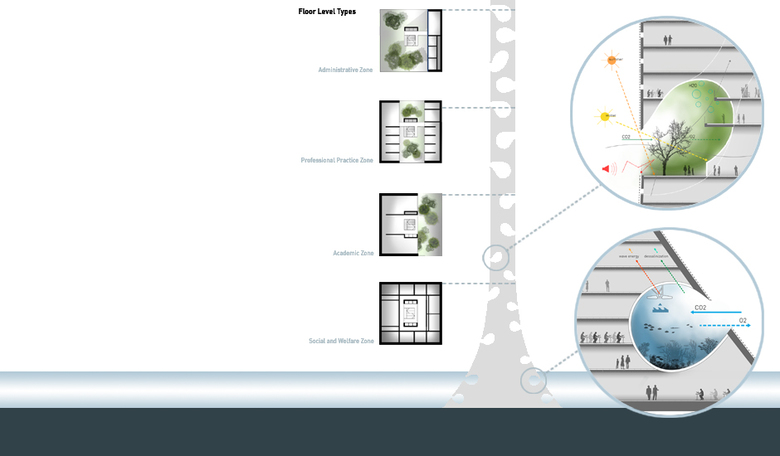 The city of Dubai is remarkable for a fast vertical growth, where the cosmopolitan, cultural and business world are concentrated on vertical axes. Here, the proposal VERTICORAL is implemented in the Persian Gulf, about 250 m from the shore where the tower rises towards the sky, distinguishing itself from the morphology in land. Having Dubai waters as a reference, the concept of the building is developed as a marine Coral. These marine species have a very particular constitution. In fact, corals produce a skeleton of calcium carbonate with a rocky appearance as a support structure, where the live component of this animal is fixed. This way, the VERTICORAL starts as a stable base on the bottom of the sea that grows up perforated as a coral rock, assuming as the structural body. Therefore, this vertical sculpture will be populated by outside living spaces, either fulfilled with vegetation in the upper region of the tower or marine life in the submerged portion. The facade design is repeated two to two, the northeast and southwest facades have the smaller voids and the southeast and northwest facades have the higher ones, in order to control the heating by the sun. These voids are the elements that capture the light to the interior spaces; on the other hand, all the skin facade will work as a double one, covered by a mesh that shades the inside with small punctual openings. The access to the building is made by two bridges coming from the coast, one for vehicles and the second for people and bicycles, that surrounds the building and connects in different levels, having also a dock on the extension of the 2nd bridge. The program is distributed in two ways: going to the submerse areas, there are technical spaces, parking and public areas in relation with the marine world, through the submerse voids. If we go up, we have the entrances related to social and welfare areas, then, the academic zone answering to a dynamic game of interior heights associated with outside green spaces created along the building. As we go up, the program becomes more private, with the private practice zone and administrative areas, with less floor area associated with a less extensive program.