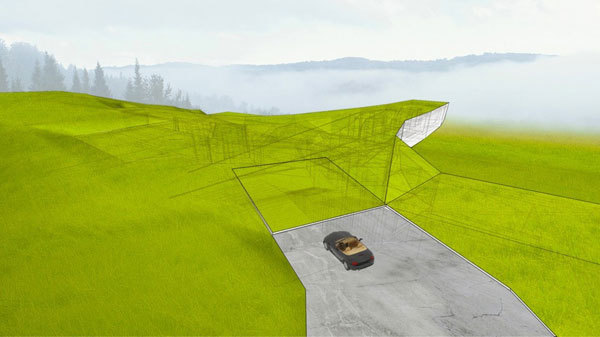 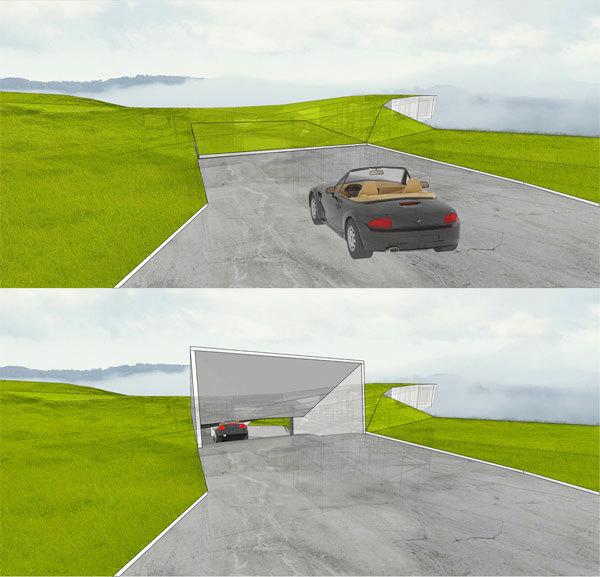 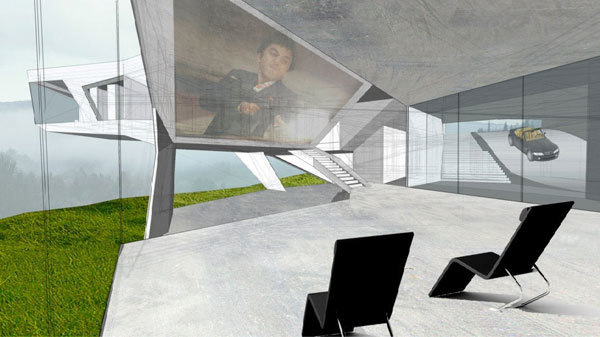 The house will be situated in Lower Silesia, in a post-german city, where the majority of buildings are steep roofed villas. Under ground there are thousands of kilometers of partly buried tunnels, which became the starting point of the design idea. The building integrates with its surroundings, yet it does not refer to the visible structure, but the underground part of the city. The plot, where the house is designed slopes steeply to the south. The object's structure has been hidden underground, what in turn has made it completely invisible from the driveway. A huge trapdoor covered with grass is the entrance to the building. The driveway leads underneath the ground, to the living room, which is situated on the same level as a garden. The sleeping part have been situated on a lifted, 25 meters long cantilever.

house with a capsule