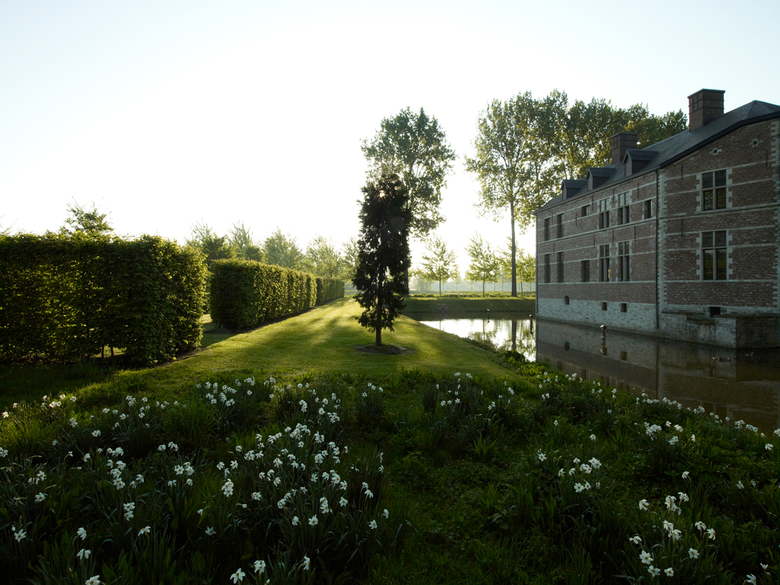 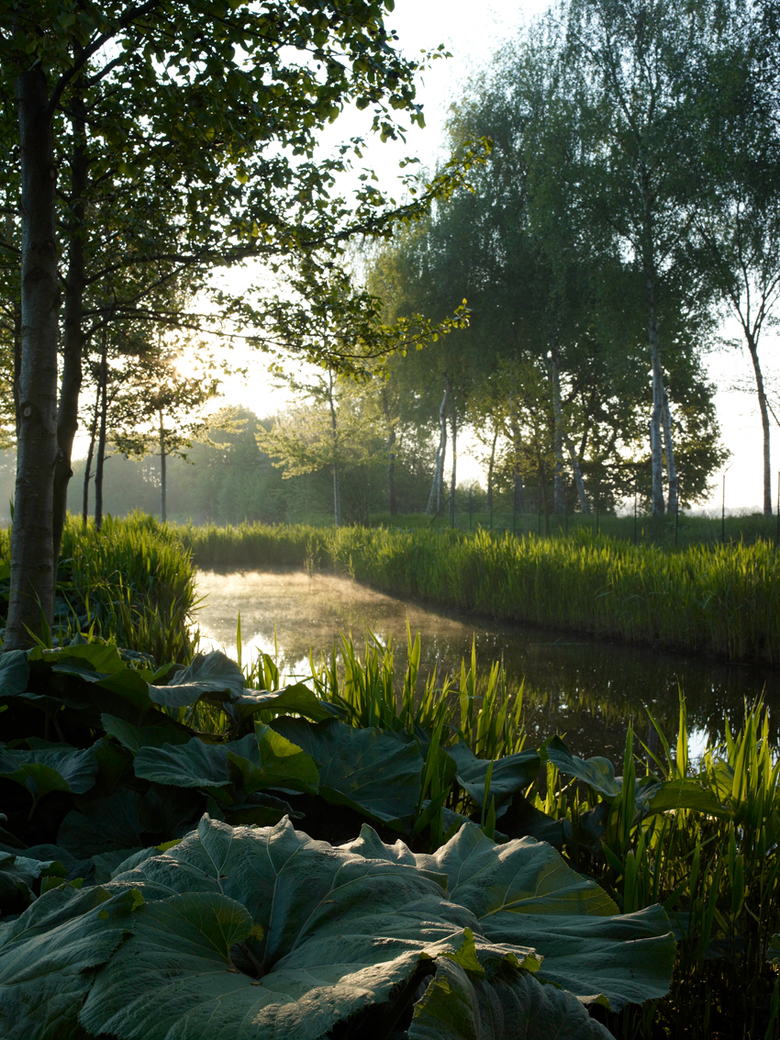 In preceding years, the 17th-century Chateau Diepensteyn has been restored to its original state and is now used as a place for receptions and parties by the Palm Brasserie. We have restored the original structure and the plan of the site while integrating a new function as a stud for Belgian horses. The ramparts have not as yet been restored but they are visually evoked by a ride for the horses which is composed of hedges and massed shrubberies of hornbeam, holly and lilac. There is a shallow ford and a footbridge for walkers. The canal at the boundary of the estate which has been filled in over time is visually suggested by a planting of narcissi. At the back of the château we have installed a pleasure garden which reconciles the history of the garden with its present functions. It is composed of grass paths between hedges and massed plantings of holly, lilac, roses and hazel and high blocks of clipped hornbeam. Some oaks and ash serve to accentuate the relationship with the landscape. At the centre is a circular space with ten Nyssa sylvatica.