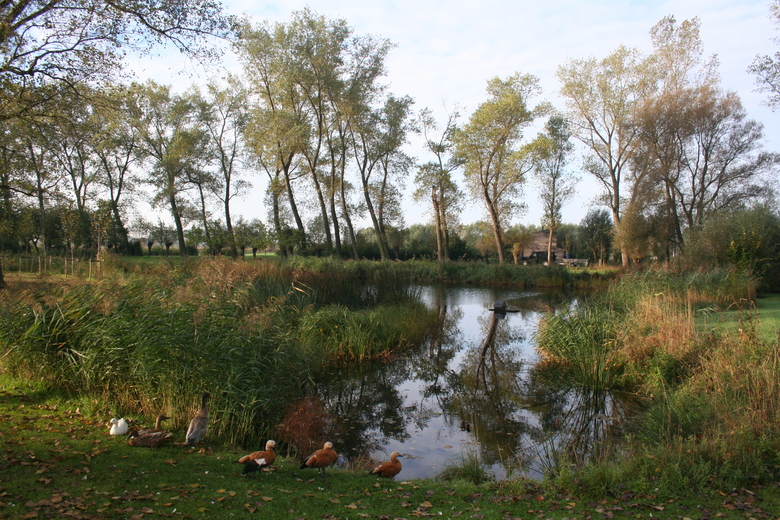 This is a project involving the rural restoration of a restored farm in one of Belgium’s most beautiful pieces of countryside. Among others, the mission was to integrate several new functions while preserving intimacy around the house while respecting the countryside. For example, we have built an open carport that will be entirely covered with roses, clematis and Virginia creeper. The cars are hidden between big stacks of wood. Against a wall to the side of the house we have installed a fountain: a monolithic block of stone in a tank of water from which water spurts. The concept is simple, as if the fountain has always been there. Around the house we have created a planting of hornbeam, oak and holly, combined with various roses, and we have built some terraces that partially fuse with these plants, so that they seem to integrate. On one of the terraces we have placed an open pergola entirely in hornbeam. In front of the bedrooms is a box parterre with herbs. The kitchen garden has been designed in the smallest detail, with a grille covered in strawberries and blackcurrants. A striking detail is the edging of the paths, made of wine bottles. / in collaboration  Dugardyn architects, Marcq interior architects