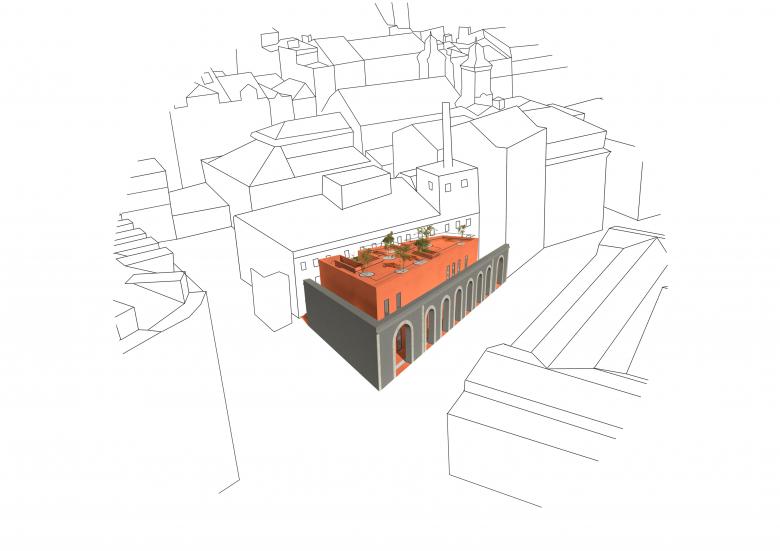 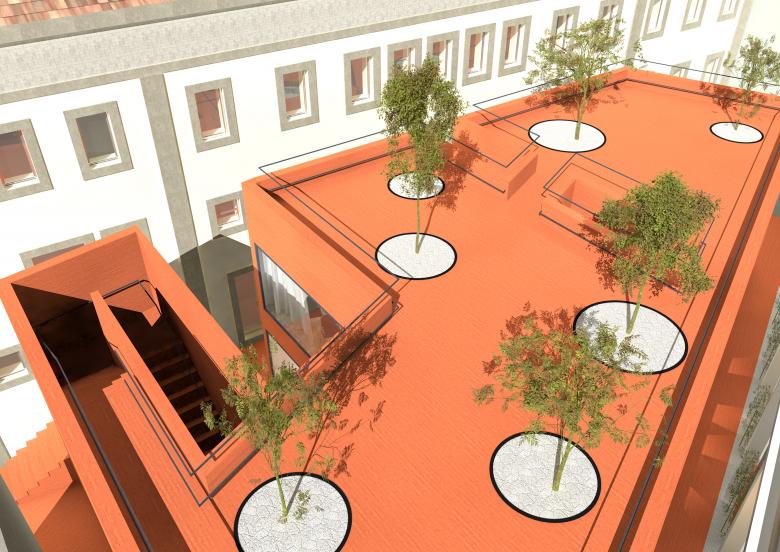 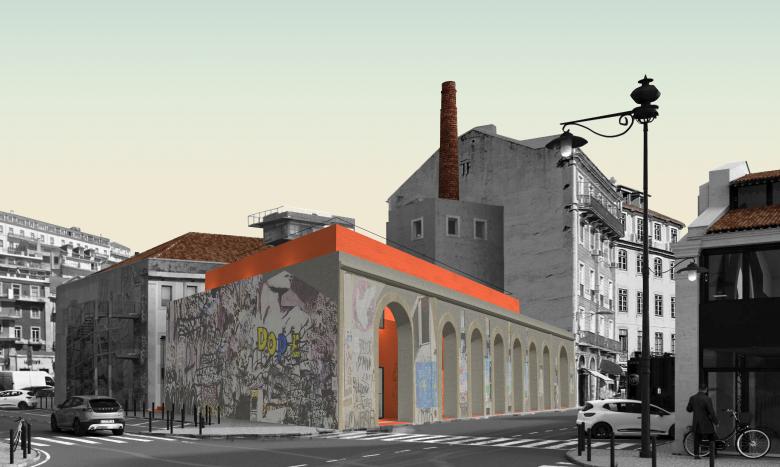 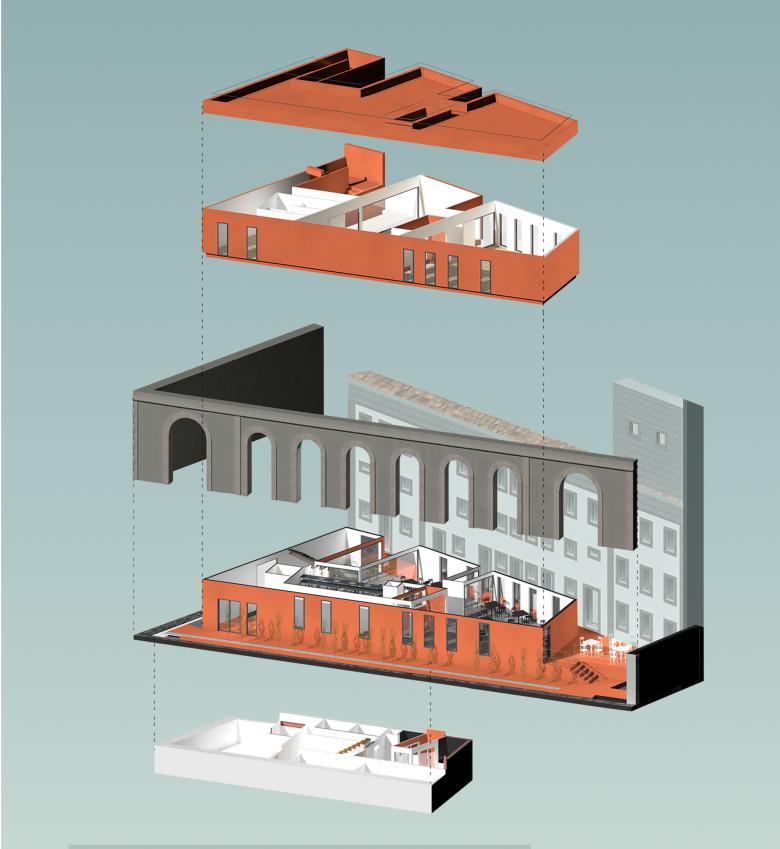 With the idea coming from the colour of the tradicional portuguese tiled roofs, a building is design to house new exhibition and conference areas for the architects' board solving the problem in between the existing ruin of a classified building.
It is intended to have a building that frames the existing urban fabric, creating urban voids between itself, the master building and the historic facade.

The building is deeply inhabited by public spaces, recreating streets and pointed by patios from floor to ceiling that bring light into it.

The roof is used as an outdoor amphitheater, using the facade of the next building as a projection screen, over the lisbon skies.