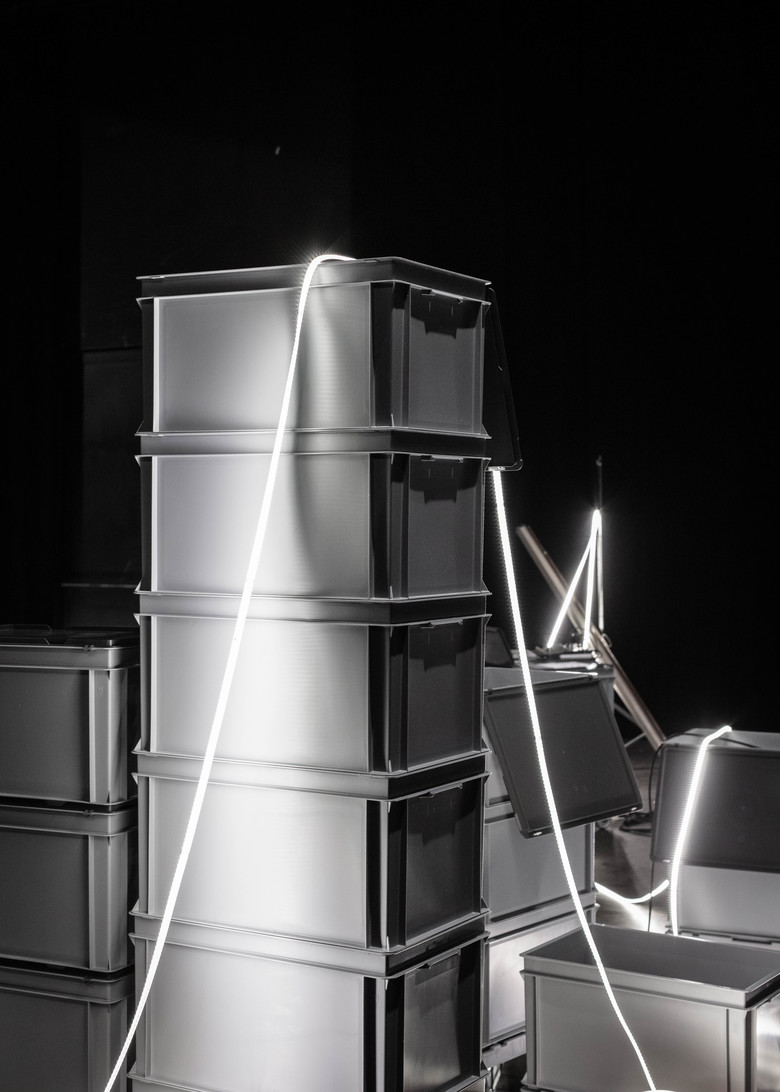 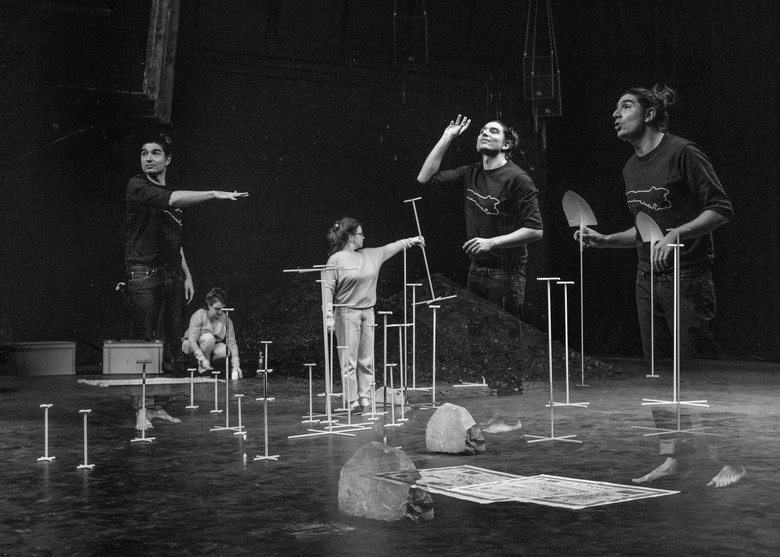 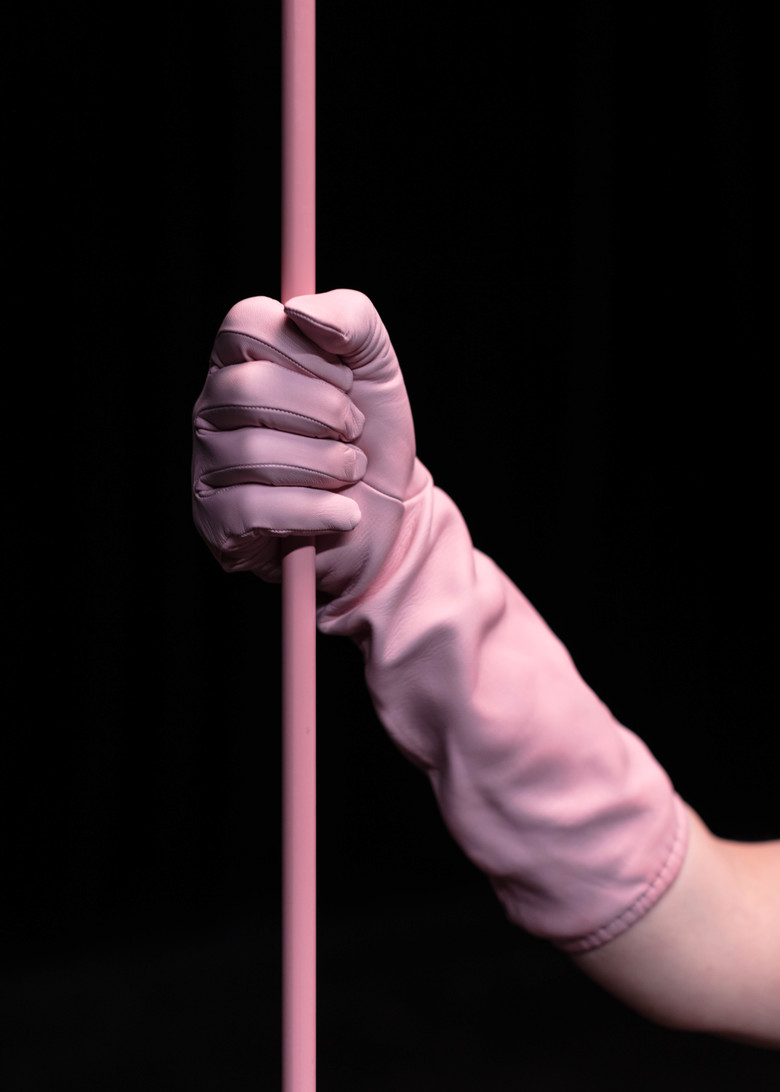 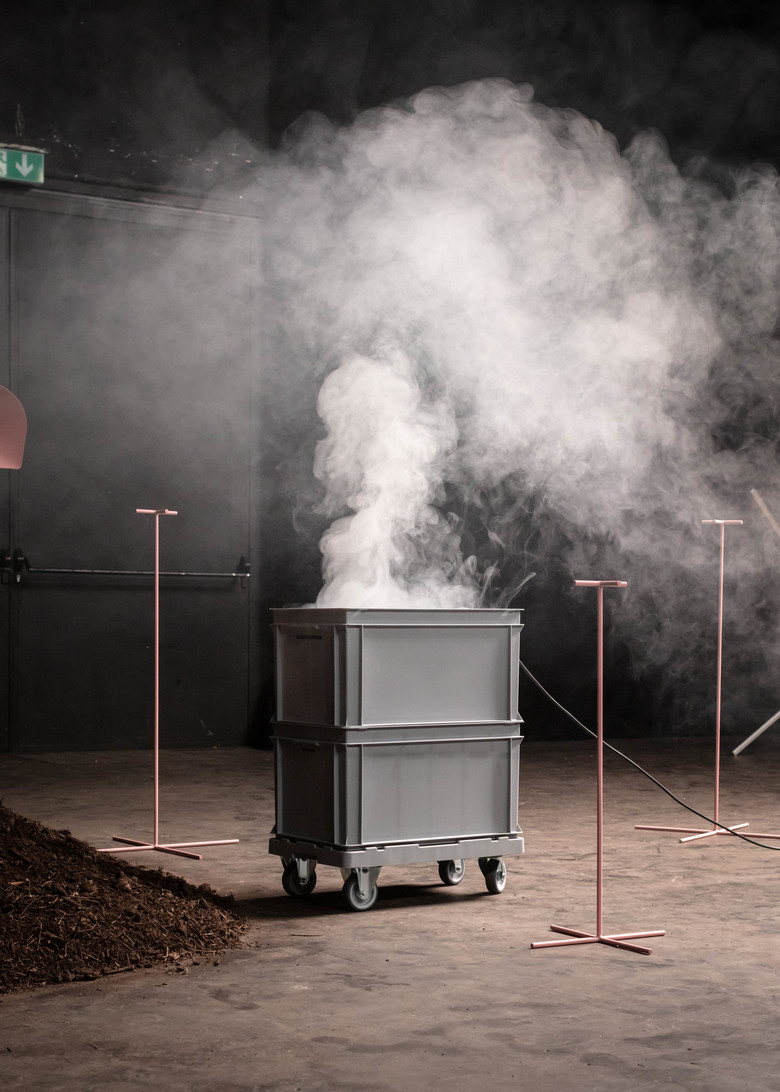 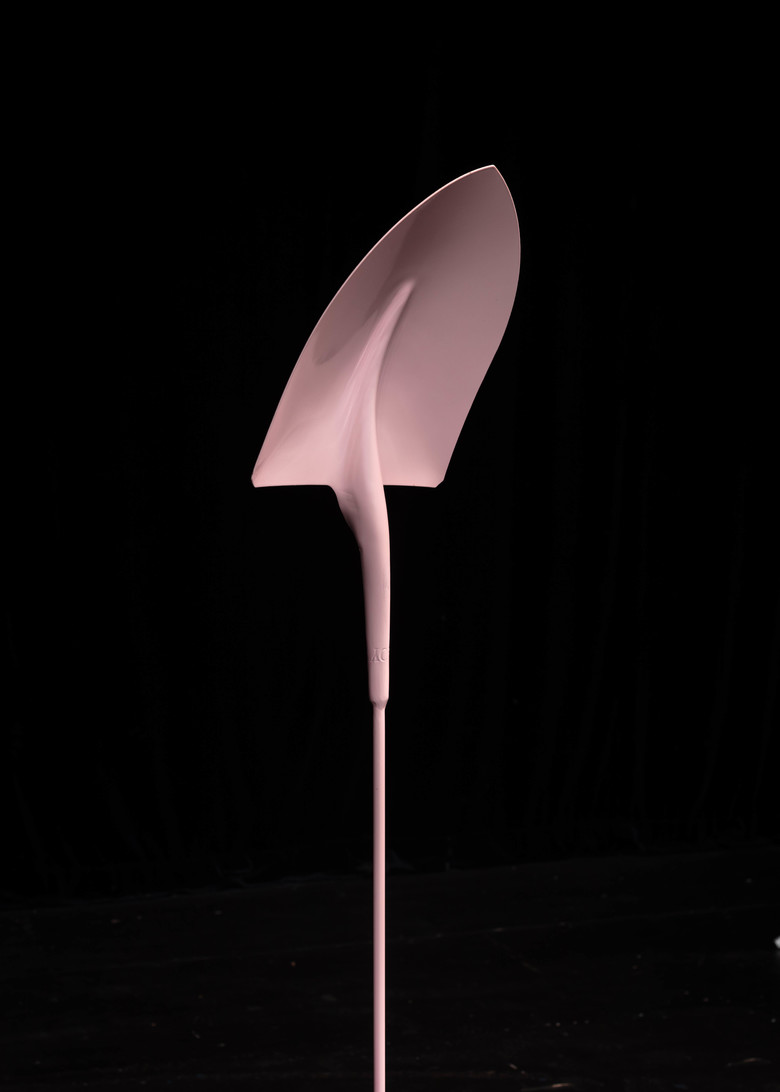 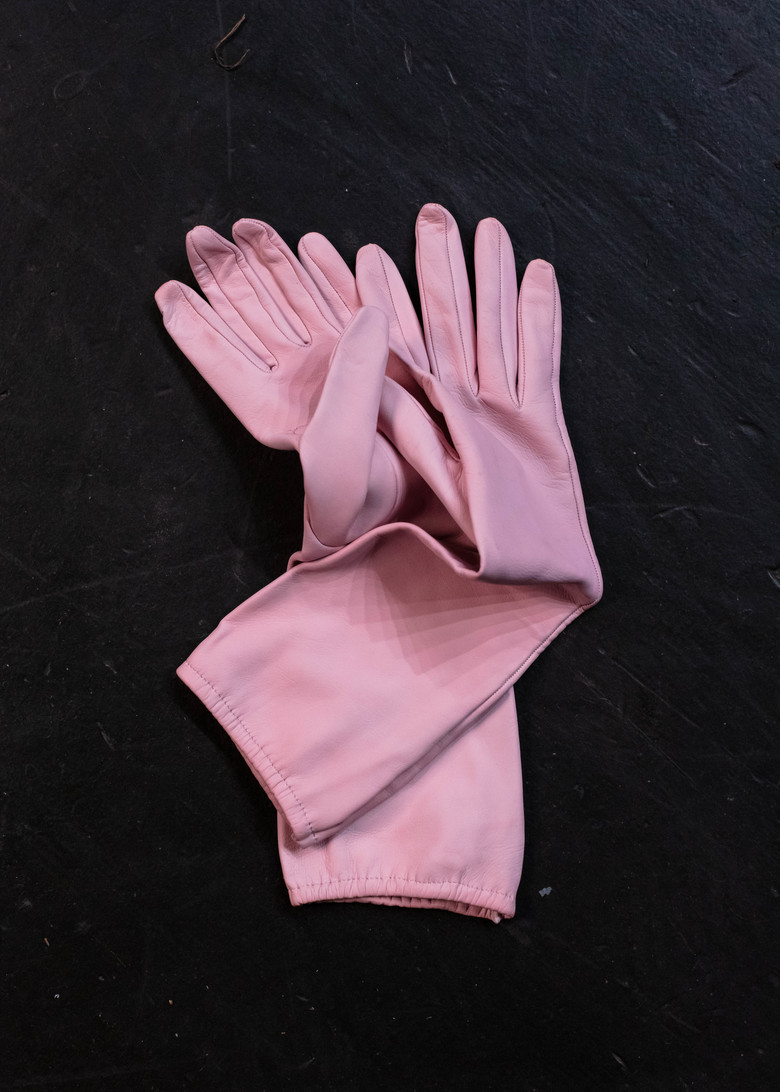 Given the complexity of the performance and the story told and played, the display proposes a series of “objects of mediation”.
They are used to accompany the story of the Lampedusa objects, brought from the numerous trips that Dorothée Thébert and Filippo Filliger have done to the island.
These “objects of mediation” put a material distance between the found objects, and the own bodies of the performers.
They are presented as a kit of parts ready to be utilized in a more or less free manner by the actors and storytellers.

Modular pink poles
All of the poles are perfectly fabricated following Le Corbusier’s somehow absurd and colonial measure system of the Modulor. They allow the actors to measure the spaces and constantly modify the scale of the stage set. These scale modifications produce situations where the stage is looked upon as a model.

Euro containers
Basically, they contain the objects that have travelled from Lampedusa. They create a space outside the stage for the Lampedusa objects. They help to module the space in many different ways and create visual enclosures or openings.

Tumulus
An earth mound. It poses on stage the presence of a soil. Something primal about it, refers to buried things and beings, but also addresses verticality. It is a material at disposal. The tumulus has been also considered by Adolf Loos like the first presence of architecture.

Led strip lights
A line or continuous lines, that can lit very freely part or the whole stage. The light strips are to be set by the actors. They are a sort of settlement device, providing the possibility to light or not directly the Lampedusa objects.
“Yet, on closer inspection threads and traces appeared not to be so much categorically different as transforms of one another. Threads have a way of turning into traces, and vice versa. Moreover, whenever threads turn into traces, surfaces are formed and whenever traces turn into threads, they are dissolved”.
Tim Ingold. A brief History of Lines

Pink gloves
Designed and made specifically for the performance and the actors’ hands and arms they are a last mediation skin. The possibility of wearing them allows the actors to decide the type of contact and the tactile relation they want to have with the Lampedusa objects.

Broom and shovel
Part of the cleaning devices that are used on stage.
“Cleaning is mysterious since it is the labour that erases if it is successful”
Jeff Wall