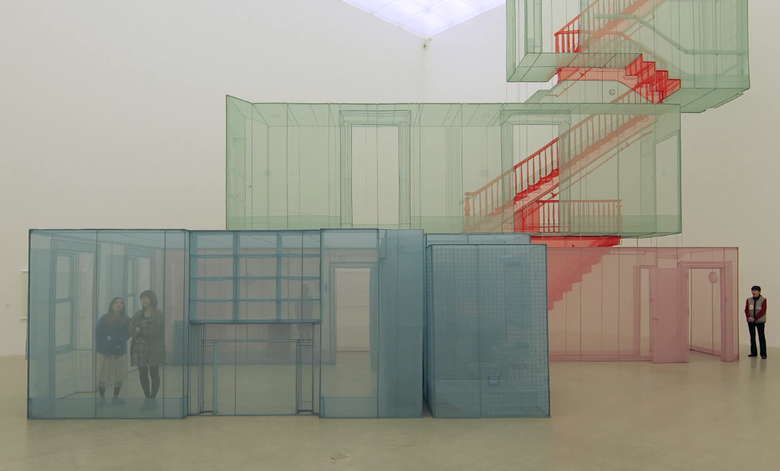 Take a look at some works from Perfect Home, the exhibition of Korean artist Do Ho Suh installed in the 21st Century Museum of Contemporary Art in Kanazawa, Japan, through the lens of Nils Clauss. John Hill 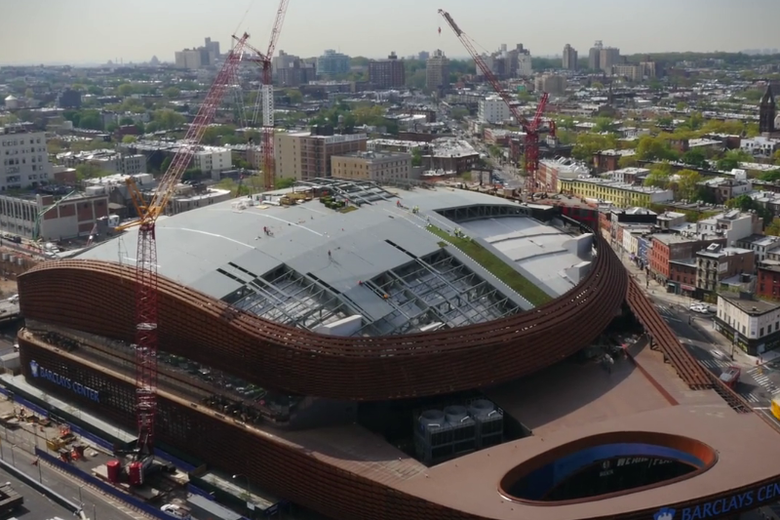 The Architects Newspaper takes a look at the installation of a 135,000-square-foot (12,500-sm) green roof atop the SHoP Architects-designed arena that opened in Brooklyn in 2012. John Hill

Balinese architect Elora Hardy's motto is, "Bamboo will treat you well if you use it right." In this ten-minute TED Talk, she explains how her firm Ibuku creates beautiful and sustainable buildings that "respect the material." John Hill 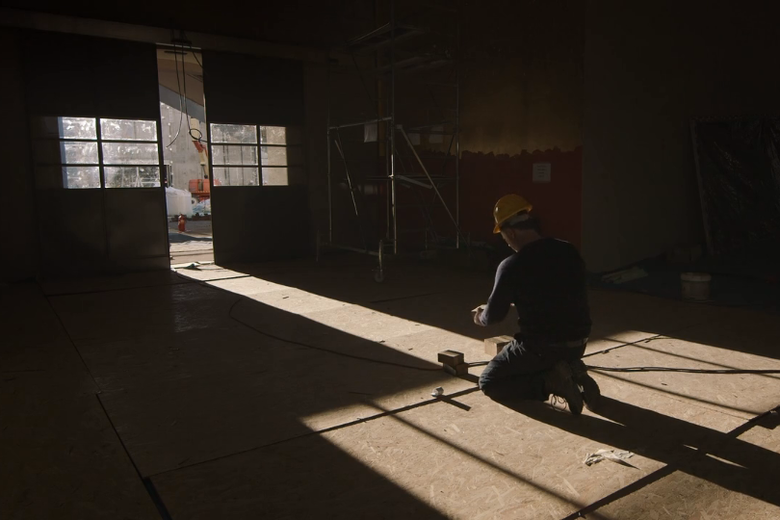 The new Fondazione Prade complex designed by OMA - Office of Metropolitan Architecture opens to the public on Saturday. Filmmakers Ila Bêka and Louise Lemoine have documented the project's construction in SPIRITI, a collection of 14 video fragments. John Hill

Designing the Skyscraper of Tomorrow 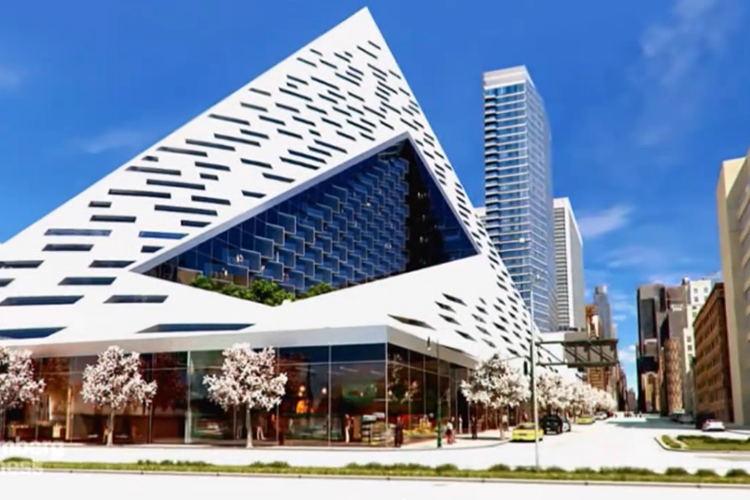 Bjarke Ingels, one of the speaker's in this week's Bloomberg Businessweek Design 2015, explains the "courtscraper" rising on Manhattan's West Side. John Hill 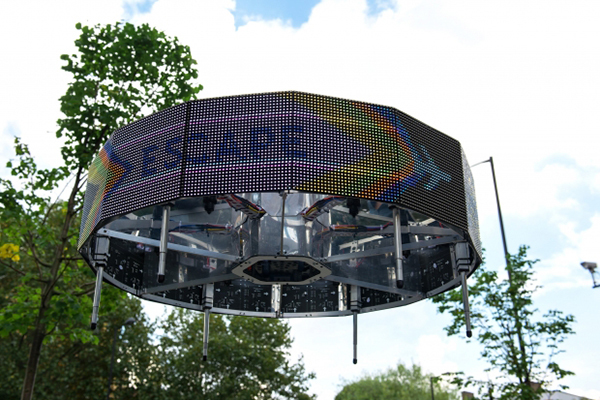 Superflux, a collaborative design practice based in London, has crafted a six-minute film that expresses their ongoing investigations into "the social, political and cultural potential of drone technology as it enters civil space." John Hill

When it opens next month, visitors to the observatory of One World Trade Center will be treated to a time-lapse video of Lower Manhattan's evolution lining the elevator walls as they ascend 102 floors. John Hill 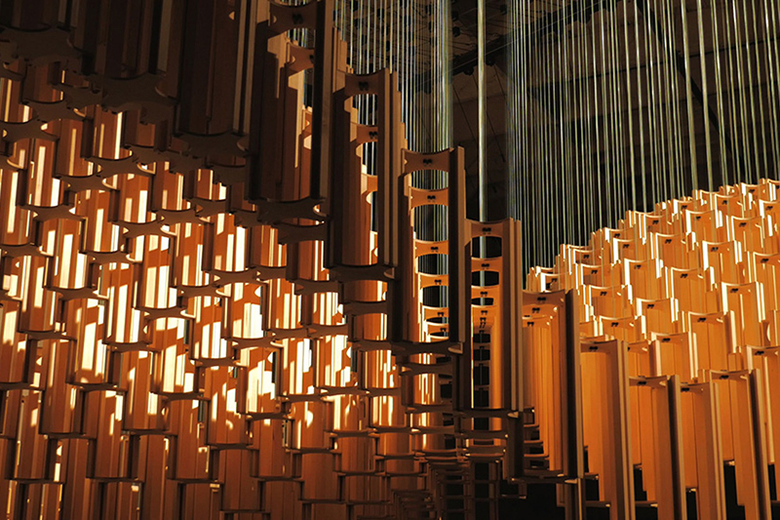 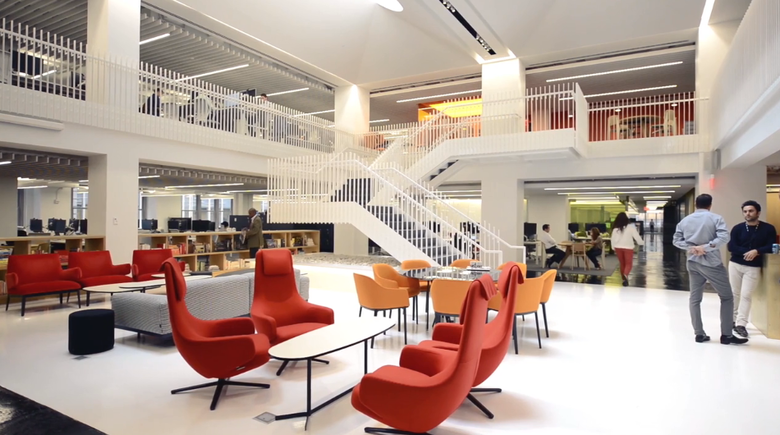 Learn a little bit about activity-based working (ABW) by taking a look inside the New York headquarters of GLG designed by Clive Wilkinson Architects. John Hill 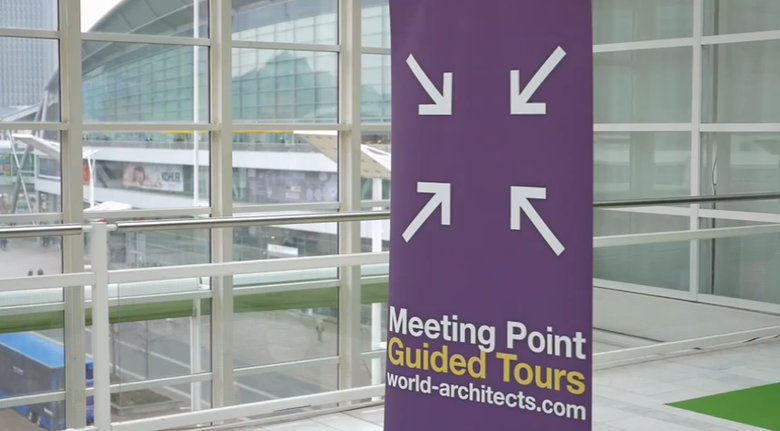 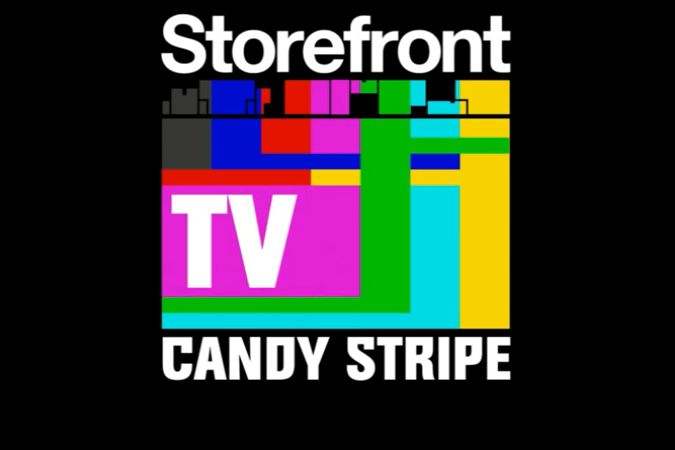 The first installment in the Storefront for Art and Architecture's second season of Storefront TV features a one-hour "variety show" by Jimenez Lai and Michael Messner. The residency of the artists Scenocosme and Lola and Yukao Meet at the Château Éphémère near Paris yielded La Maison Sensible (The Sensitive House), an interactive installation that turned the furniture and walls of a room into sensors for light and sound. John Hill 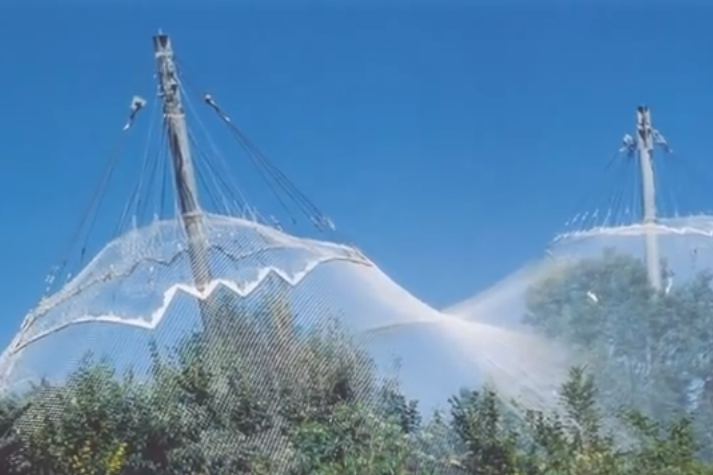 With the death of Frei Otto on Monday and the awarding of the 2015 Pritzker Architecture Prize to him on Tuesday, we take a look at a few short films on the German architect/engineer, his structures, and his working methods. John Hill

Making of 'Faro and Faro' 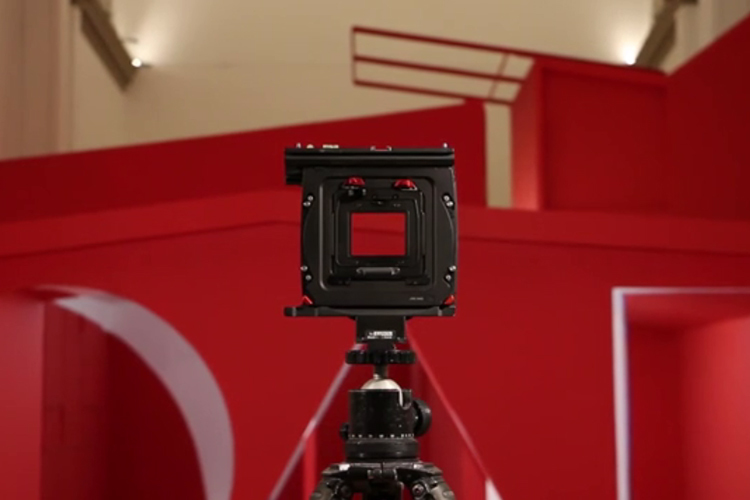 The AA School of Architecture has been busy uploading a wealth of lectures, conversations and documentaries lately, including a BBC documentary on American architect Bruce Goff. John Hill

Vincent Hecht, an architect and filmmaker from France who is based in Tokyo, has been lovingly documenting architecture in Japan for a few years. Here we present four of his short films on buildings by Fujimoto, Ishigami, Kuma and Sejima. John Hill 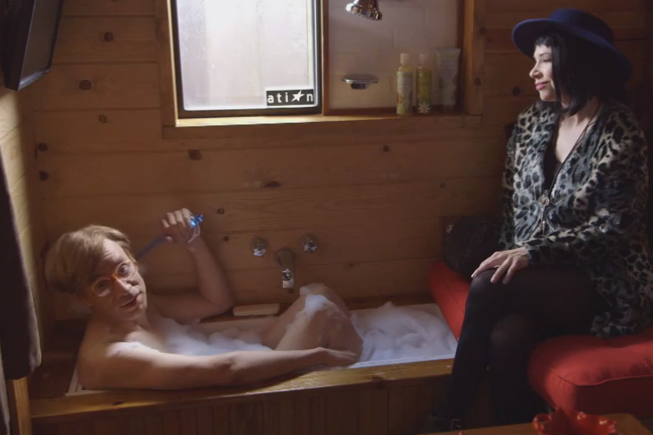 Any subject is fodder for Fred Armisen and Carrie Brownstein's sketch comedy show Portlandia. In this 90-second clip they portray a couple living in a Microhouse in a Microcommunity. John Hill

A trio of recent short films from BIG – Bjarke Ingels Group – on a residential tower, an urban design proposal, and the firm's overall approach to design – illustrates the potential of video as a tool of persuasion in architecture. John Hill 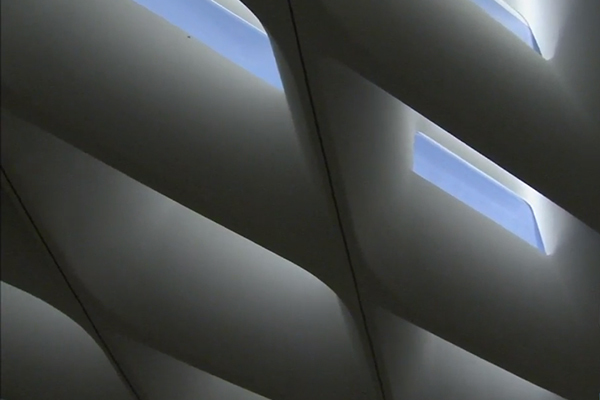 Although The Broad in downtown Los Angeles won't open until September 2015, the museum opened the doors of its Diller, Scofidio + Renfro building yesterday for the one-day Sky-Lit exhibit in its third floor space. John Hill 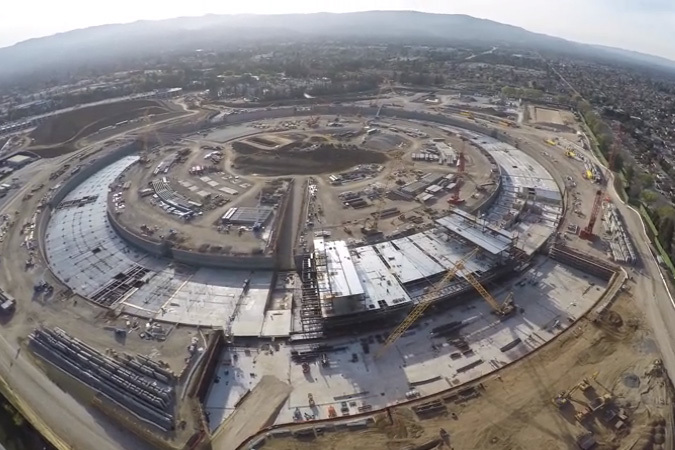 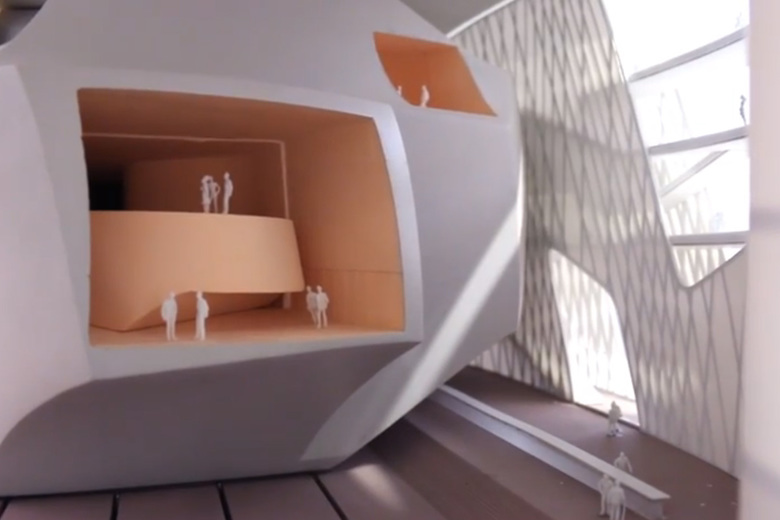 Los Angeles-based architect Greg Lynn directs a three-year Master of Architecture studio in the Institute of Architecture at the University of Applied Arts Vienna. Learn more about the program through a couple short films. John Hill

"The Infinity Machine" at the Menil 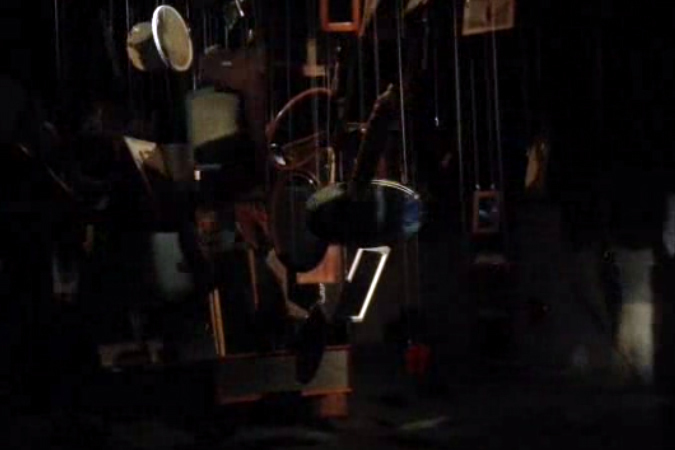 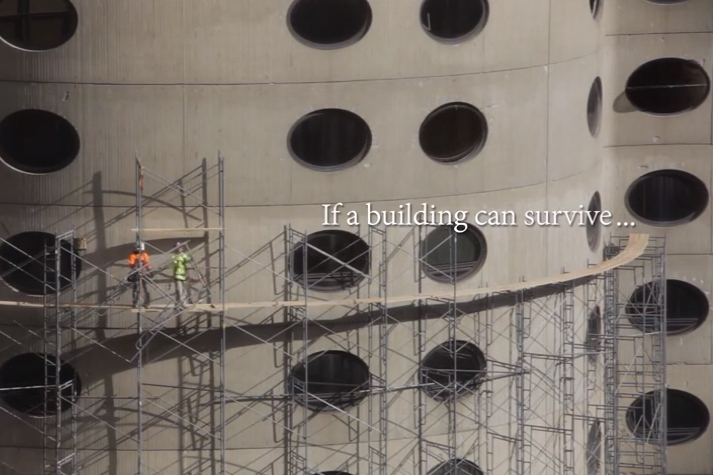 A short film from the National Trust for Historic Preservation laments the loss of Bertrand Goldberg's Prentice Women's Hospital in Chicago through a time-lapse film of its 2014 demolition. John Hill

The documentary CONCRETE LOVE: The Böhm Family has its international premiere on the 26th of January at the Slamdance Festival in Park City, Utah, three days after architect Gottfried Böhm turns 95. John Hill 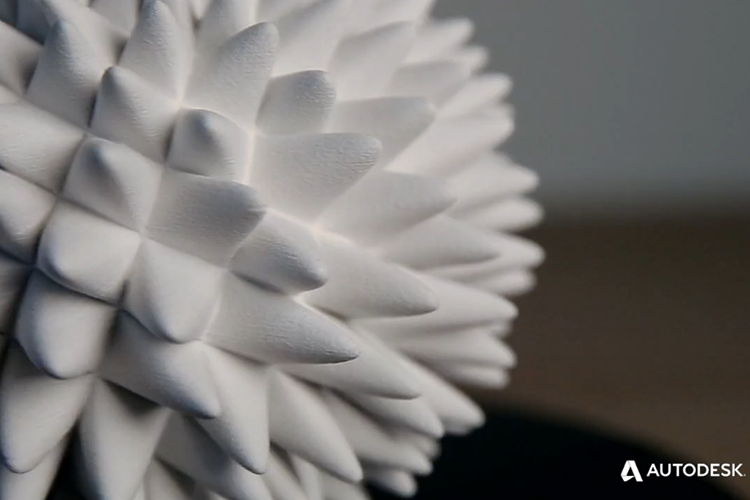 Artist John Edmark has created some hypnotic 3D printed sculptures that appear to move when spun under a strobe light. John Hill 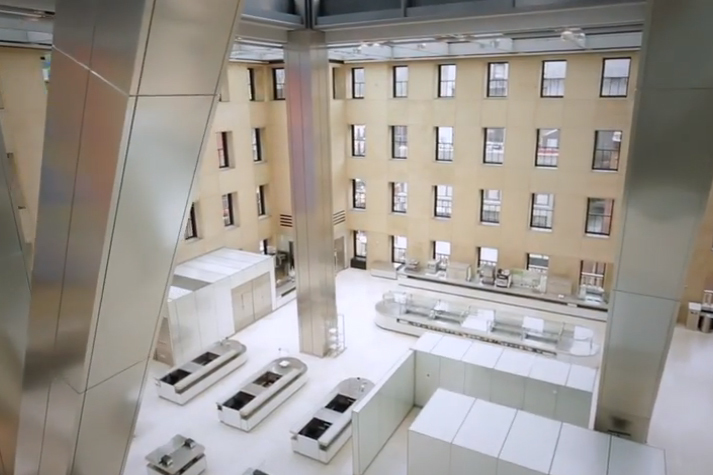 Nearly ten years after the completion of Hearst Tower in Manhattan, Norman Foster – aided by a small camera-equipped drone – gives a tour of the tower, from the James Carpenter fountain and "piazza" above it to the offices of Good Housekeeping. John Hill 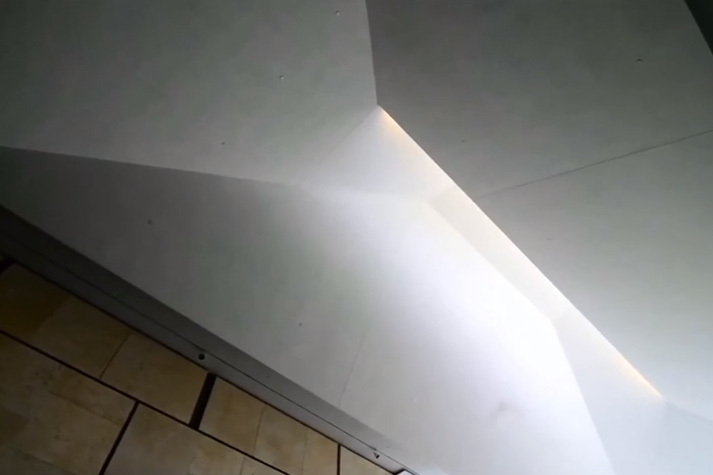 MIS Under Construction in Rio

Bjarke Ingel's "Advice to the Young" 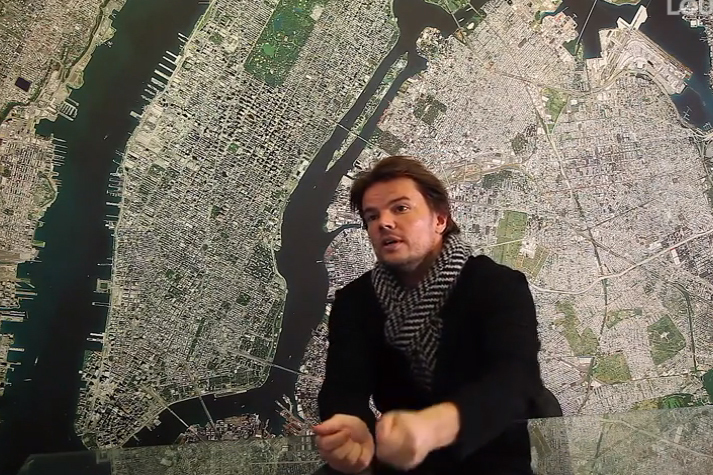 Premiering at the Maison des Arts de Créteil in November 2014, Pixel melded the real and the virtual, as this short film with excerpts from the one-hour performance illustrates. John Hill

In this twelve-minute film produced by the Louisiana Museum of Modern Art, Denmark, architect Steven Holl speaks about his background and ideas on design. John Hill 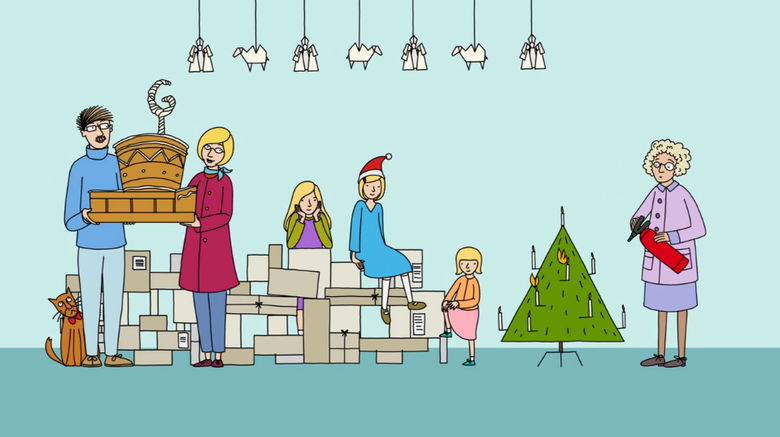 Yes, we're finding this Christmas short a bit late, but it's too funny to resist posting. In it, a husband and wife architect redesign Christmas for their family, with presents stacked like Habitat 67 and a gingerbread house based on the Guggenheim. John Hill

Archiculture is a 25-minute film that "offers a unique glimpse into the world of studio-based, design education through the eyes of a group of students finishing their final design projects." John Hill

The Making of a Holiday Window 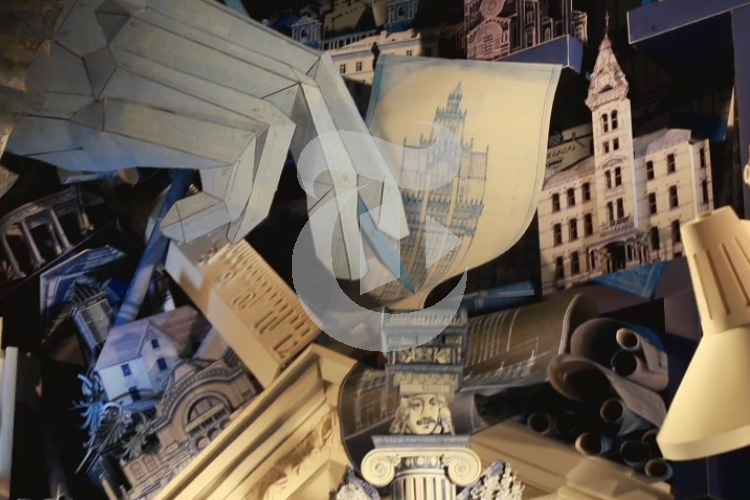