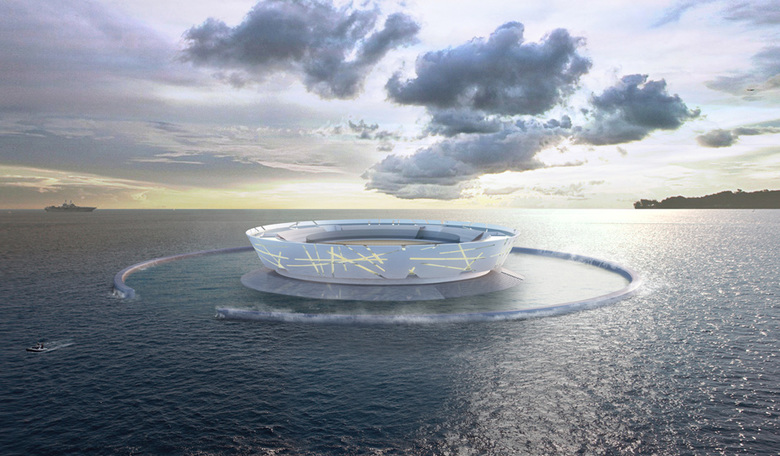 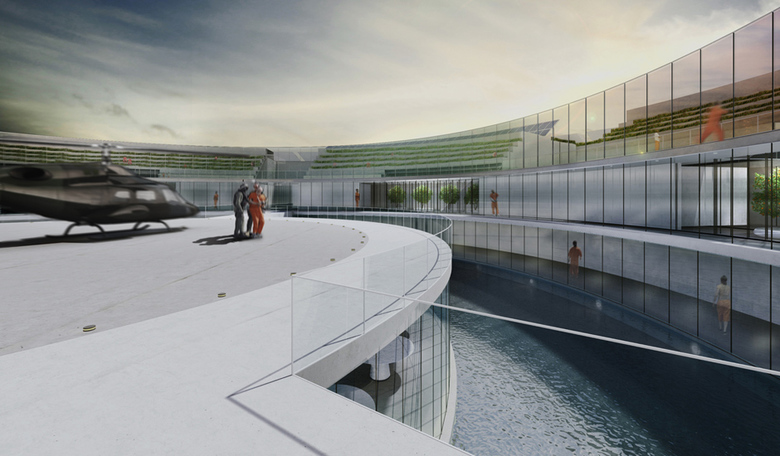 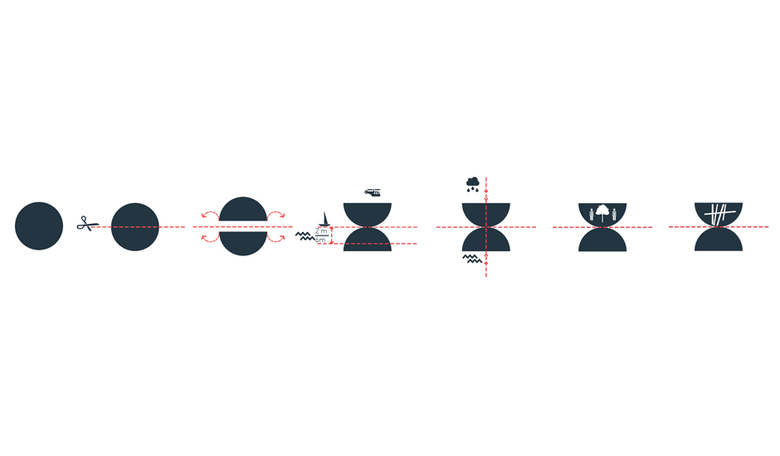 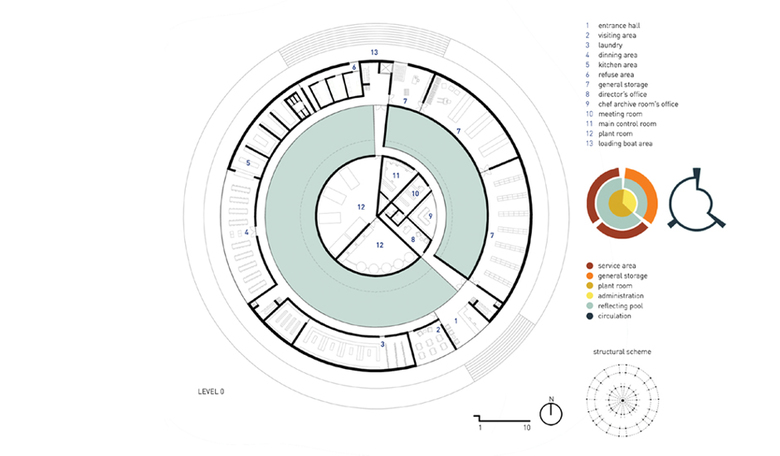 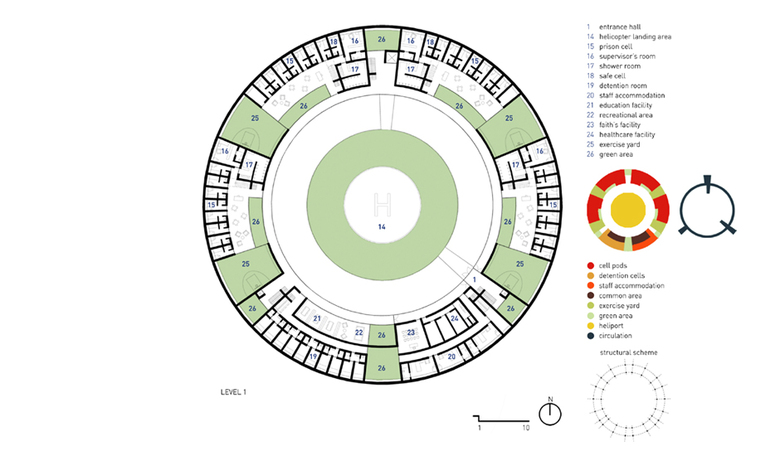 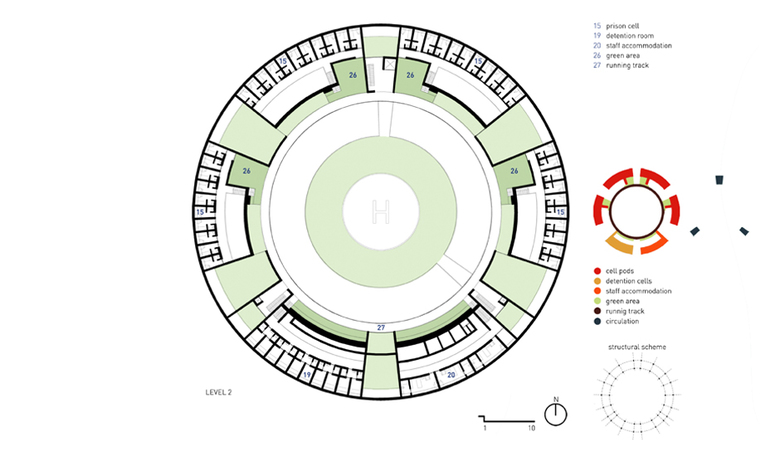 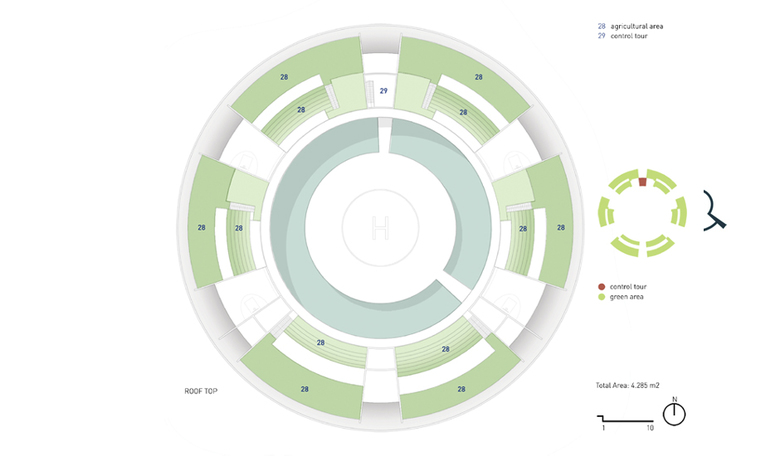 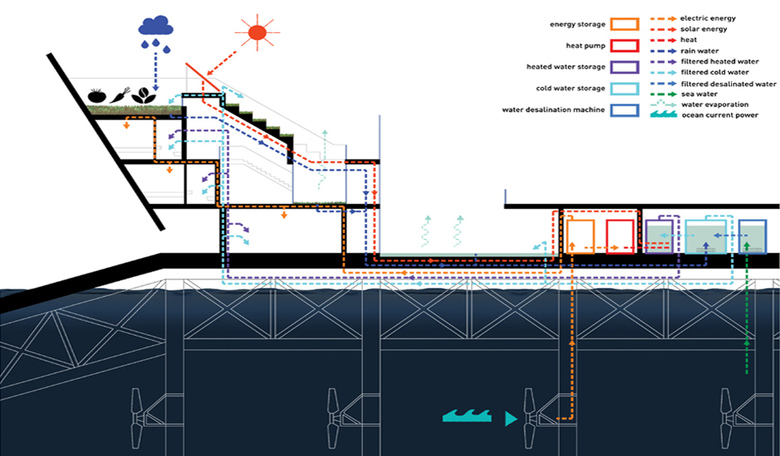 The location in the middle of the ocean leads the proposal to a natural isolation. Therefore the concept of the main design of the building starts as a pure object, unique, intact and impenetrable place, like an isolated fortress which ensures the security, not only of those who are in but also of those who are out. The design begins with a sphere as a pure form which is then splitted in two conic pieces. The lower piece works as the main platform of the building and responds to the problem of the oscillating sea level facilitating the access of the building by boat. The upper one, acts like a bowl, an opened sky container. Its access is made by air leading the helicopter actually to land inside the building. This upper container includes all the uses and living needs. It’s the prison itself. It contains everything that is needed and that cannot be found nearby outside as the only thing around is water. The main concept is to take the OUTside to the INside, from the “outsiders” to the nature itself, creating many green spaces with different purposes – work, leisure, agriculture and exercise – and thus increasing the inmates living conditions, in a way that they might be no more considered as outsiders, making their passage less painful and therefore changing their concept of time, qualifying it. Actually is in this very passage of time that the image of the building is based.