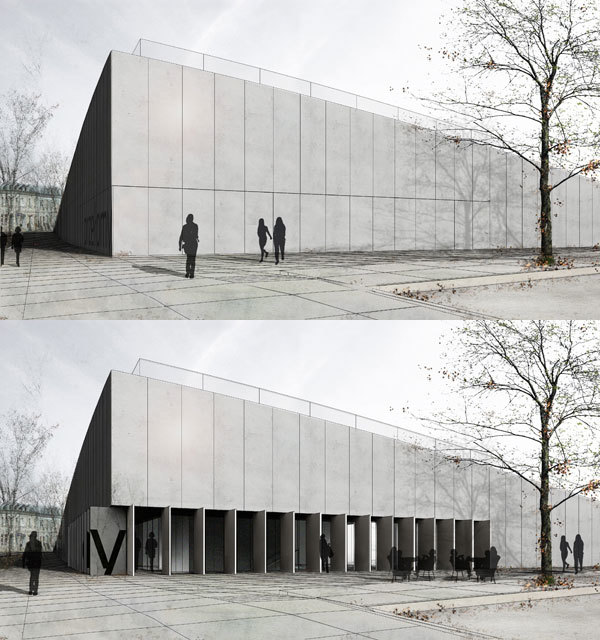 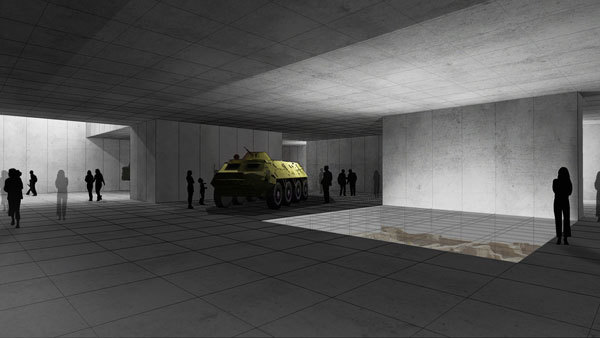 The parcel of present Solidarnosci Square used to be a presentable city quarter of dense development before the damages of the Second World War.

As a result of demolition, the previously built-up quarter merged into surrounding openings, creating a large undefined void in the cityscape.

These two contrary traditions – a built-up quarter and a plaza – became a starting point of the project, which attempts to blend the advantages of both.

It frames the quarter like a building, at the same time keeping values of an open public space.

The idea of the Dialogue Centre building arose together with the spatial concept of the entirety.

As a natural consequence of the primary assumptions, major part of the volume has been hidden underground.  Spatial arrangement initiated by the overground building part has been fulfilled with an elevation, which encloses the quarter and creates an amphitheatrical space, well sheltered from the traffic.

house with a capsule