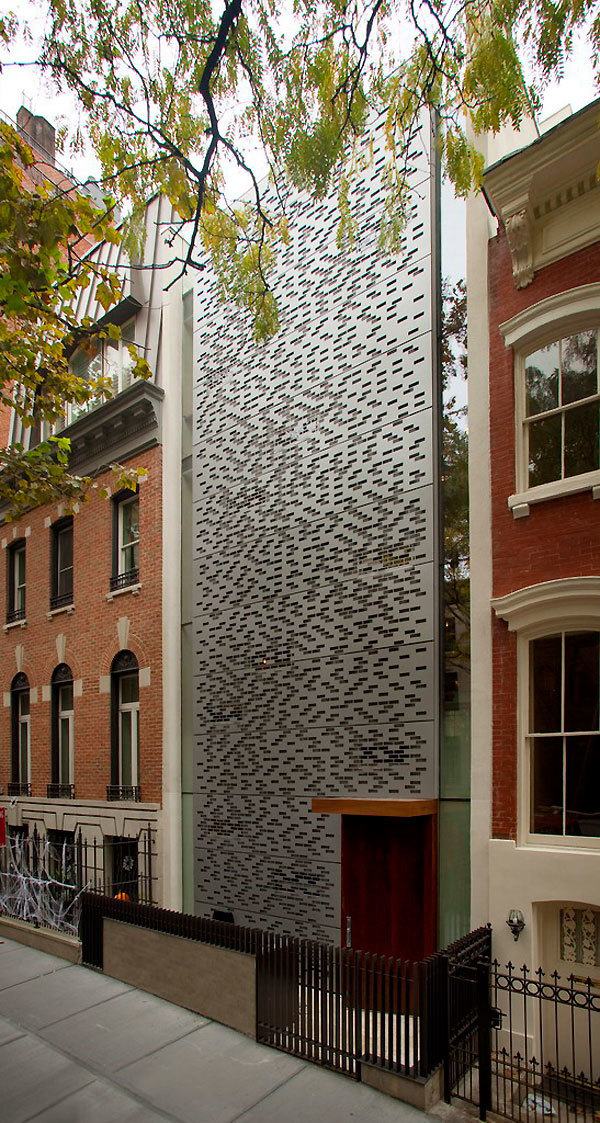 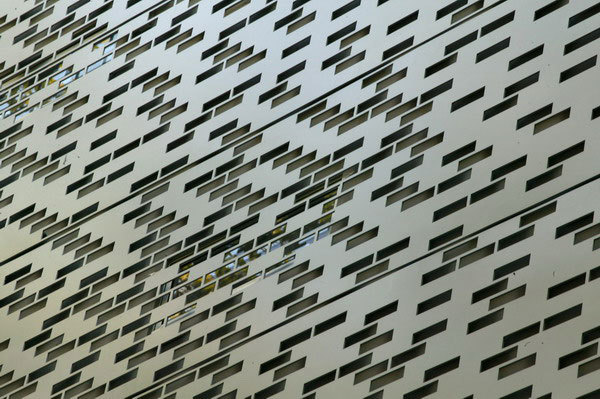 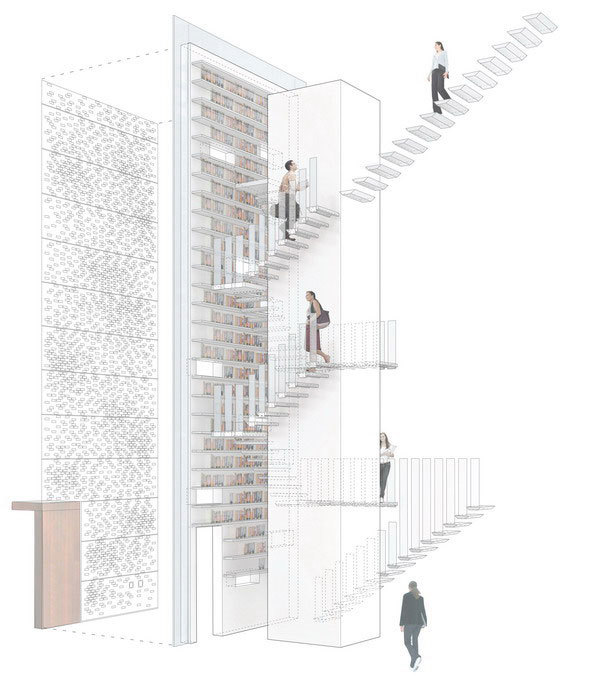 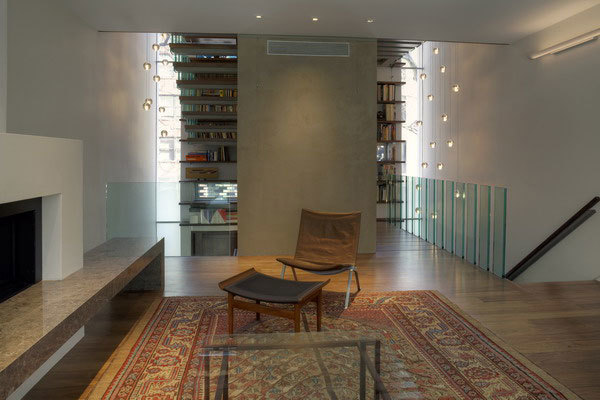 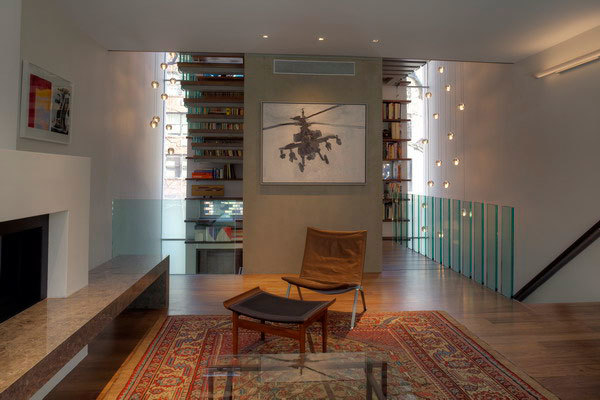 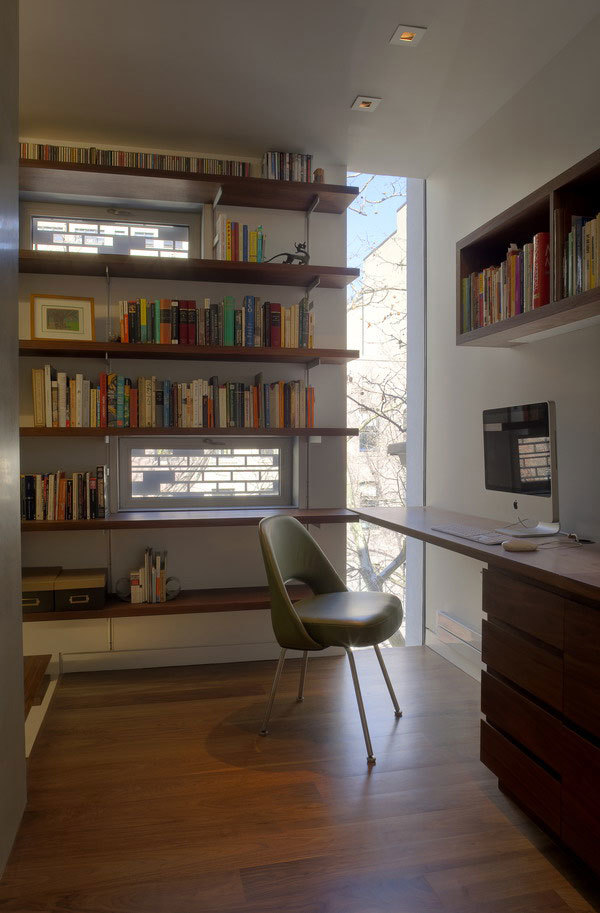 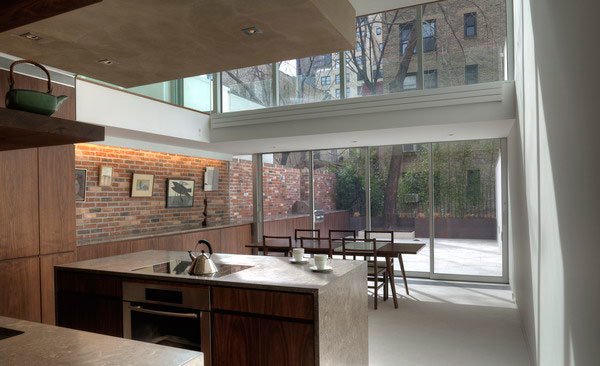 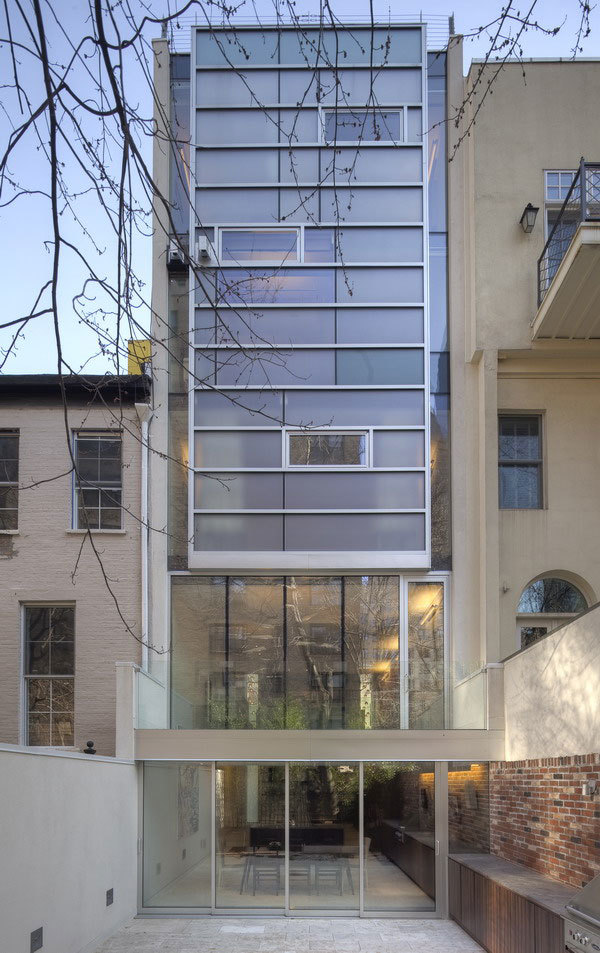 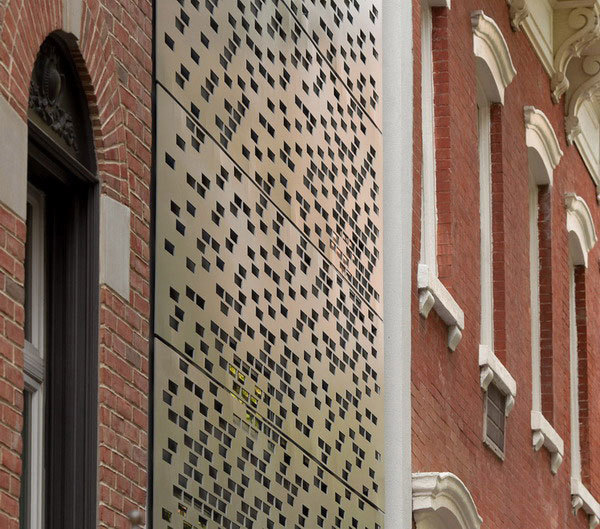 By radically reconfiguring the organization and façade of the building, open loft living finds privacy from the street behind a four-storey vertical library – in contrast to the standard New York City row house with parlor room windows right on the street, usually curtained or shuttered from the eyes of passersby.

The conventional plan and section were redefined with the stair and elevator core pushed up against the street façade, instead of running along one of the party walls. As a result, loft-like spaces run fluidly the entire length of the 38-foot-deep building, rather than being compartmentalized into small front and back rooms. An open mezzanine living room, a private office nook, and sitting rooms to private bedrooms extend off the stairs, which wind like a ribbon around the elevator core.

The front façade engages the street with a custom water-cut aluminum rain screen, with brick-shaped openings relating to the solid bricks of its neighbors. During the day, it appears as a flat, patterned mass, marked off from the adjacent houses by the tall glass slots on either side. The horizontal joints of the aluminum panels break up the vertical surface as a reference to the rhythm of the window spacing of the row houses. At dusk, this impression wanes as the glow from the horizontal slit windows and the vertical glass slots animates the street façade. The aluminum appears more as a screen than a mass, and invites the eye toward, but not into, the house.

The rear facade is in counterpoint to the front: It is all glass; a full-height, full-width curtain wall that bathes the interior in light. At night, the warm lantern-like light of the interior illuminates the rear garden. By extending the materials (brick, stone and wood) of the ground floor open living and dining area out into the garden, the spatial experience captures the full 70-foot depth of the site.

The client chose our architect led design build process. The high level of finish and craft belies the relatively low cost of the project, a pressure that was paramount from the beginning. The integrated design and construction process made possible a simple fastening system for the façade rainscreen that was built for half the cost of an off-the-shelf system. The iterative process necessitated full partnering with the client and with all the consultants and trades to realize a built result that responded successfully to the commission.