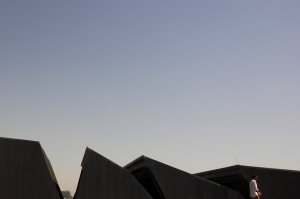 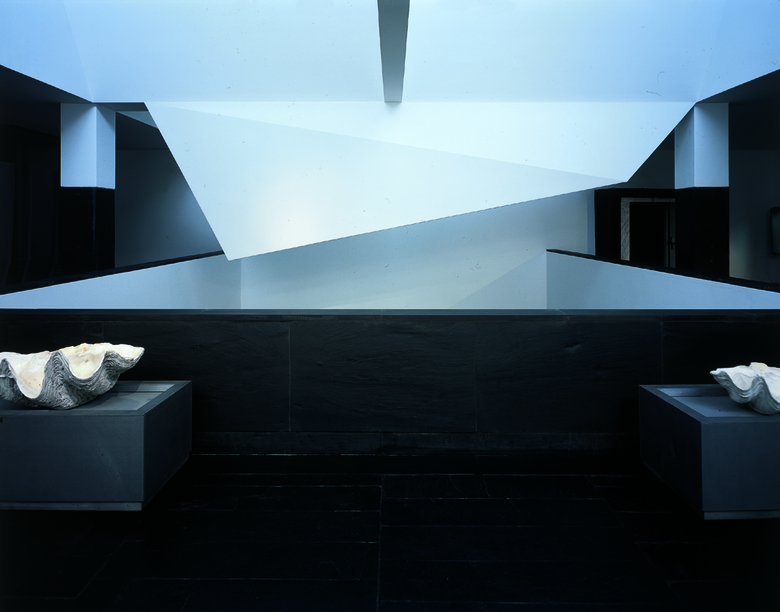 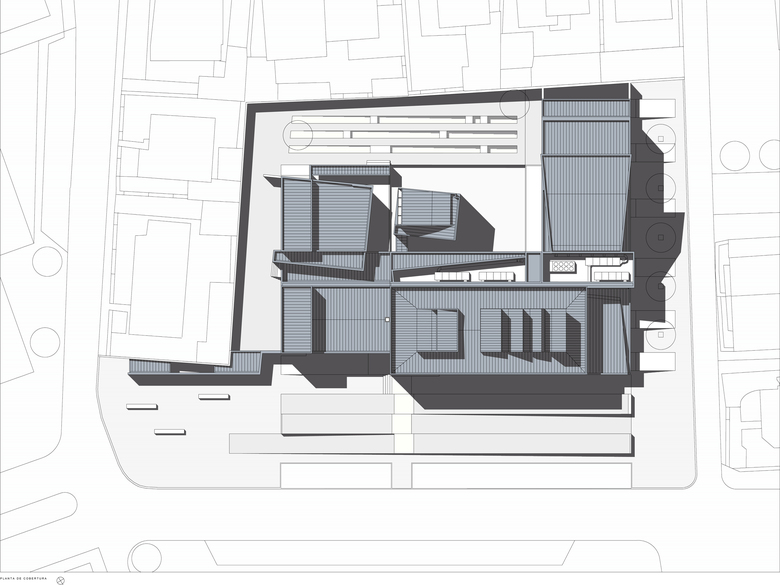 The building is situated on the outskirts of town, on a irregular plot flanked by houses on two levels, semi-detached or free-standing.

On the other side of the street is the Health Centre, large and institutional.

The extension and remodeling undertaken were extensive, almost doubling the previous surface area (now 3850m2) and restructuring the layout, installations and image.

The existing alignment on the street front was kept intact; the new volume was added inside the plot, creating a new interior garden.

The constraints imposed on the project conditioned the decision to juxtapose volumes while preserving their autonomy.

A first element of the project was to rethink the construction and functional elements of the existing structure, to which a narrow wing was added along its entire length to house accesses and the technical infrastructure of the building.

The new volumes were anchored onto this wing: the large Sala da Ria; the black slate central tower for temporary exhibitions, enigmatic, floating on water; the administrative block with library and coffee shop.

Water is visible from all parts of the building, and is a key feature of the Museum, supporting the symbolic function of the museum (a maritime museum), providing a resource for fire fighters, and providing a potential exhibition field.