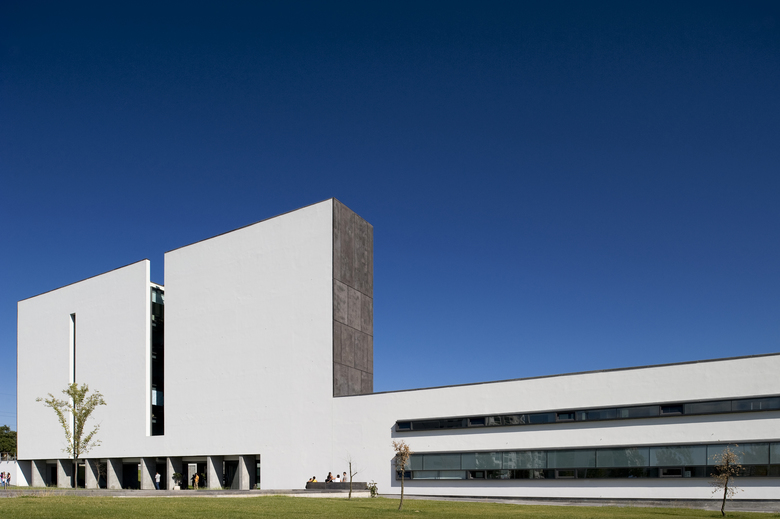 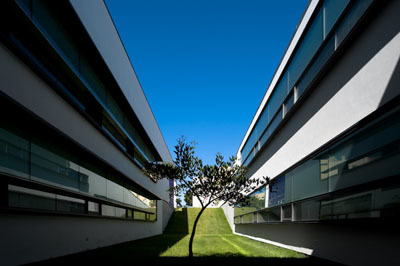 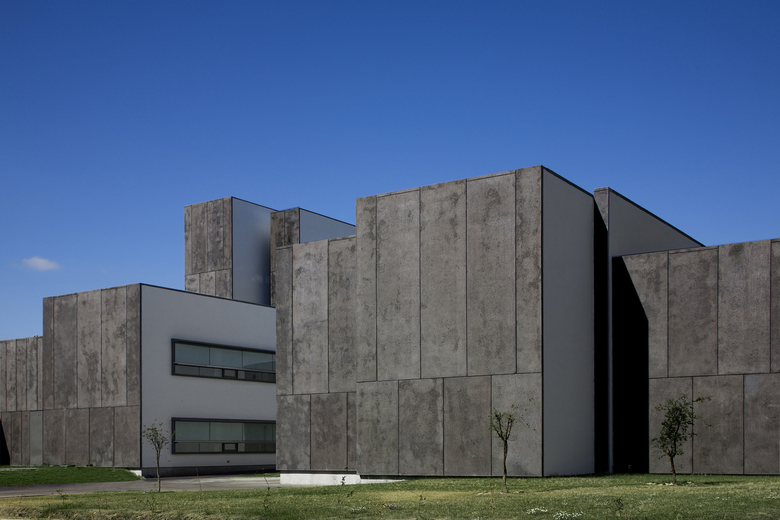 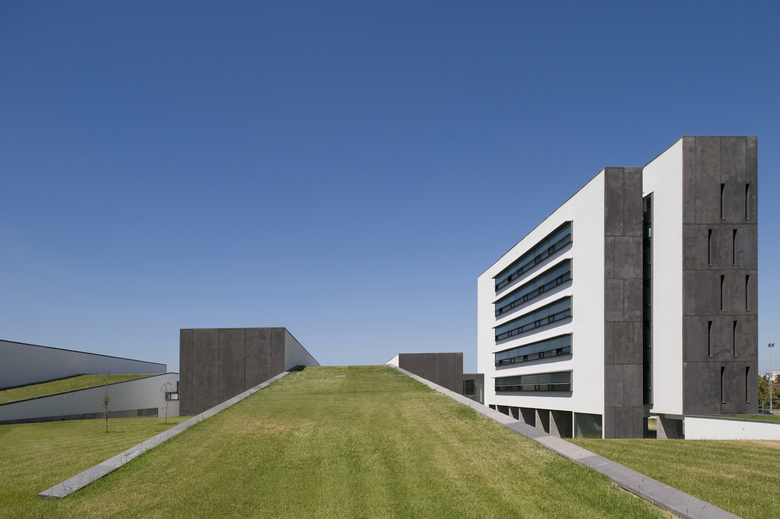 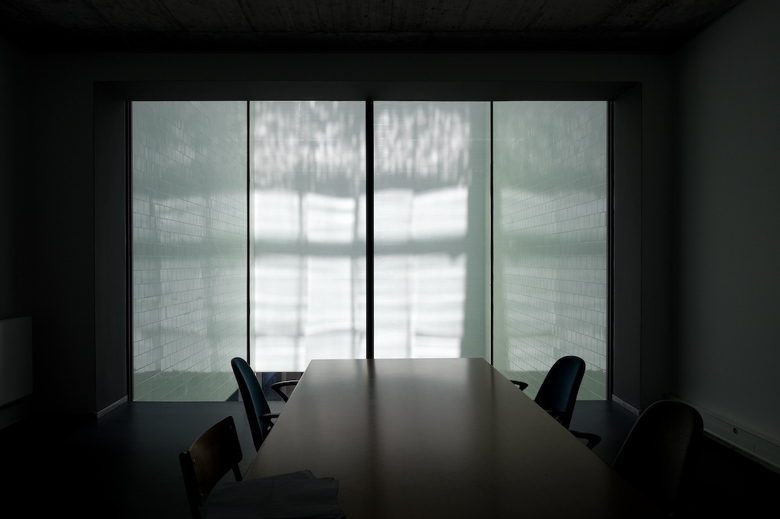 The building site assigned for the School is located in the outskirts of the city of Barreiro. These are rural territories which were invaded by recent constructions intersecting green-gardens and reed plots. Residence houses are predominant and other functions were not predicted for this area and so this neighbourhood is now just a suburb with little urban life. The soil, however, is quite interesting: broad, softly inclined and well-related with its shape – unevenness of 13,12 feet in perimeter to north and south – having at one end a dense forest of cork and large pine trees.

There are some projects that cause a public reaction even before its existence, and there one can find a great deal of important matters to consider. This school is such an example. The inhabitants of this "neighbourhood" protested against its existence because they wanted a primary school instead – which was transferred elsewhere –, but also because they feared the impact a building of large proportions would have, both visually and ecologically. Fearing that the trees would be cut down, they counted and marked every single one.

We aimed at imprinting to the building a somewhat ambiguous character. On one hand it "dissipates" and accepts the prevalence of the natural elements, on the other hand it deals with their presence as an artificial element of abstract origin. This principle is highlighted by the constructive choices: big coal-grey block that, when sectioned, reveals a white interior.

The architecture becomes more topographic in one of the extremities of the building, where there is no way to tell where the surrounding starts or ends, and in the opposite side, with its more present limits, defined by the alignment of the tops of the different bodies of the building.

The structure is placed in the middle of the lot, saving the third part to the north for parking and main entrance, whilst to the south the woods stop being a localized strip and now stretch around and over the building. From the set, one of the bodies of the building – the faculty area – rises in height, thus marking its presence within larger distances and configuring a new urban landmark.