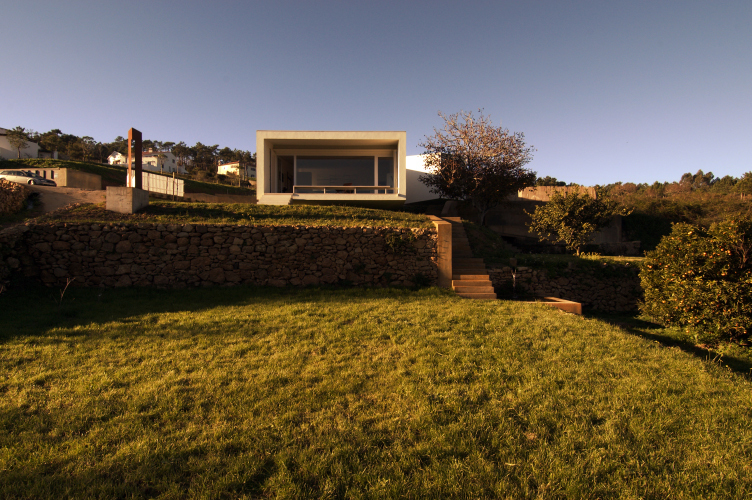 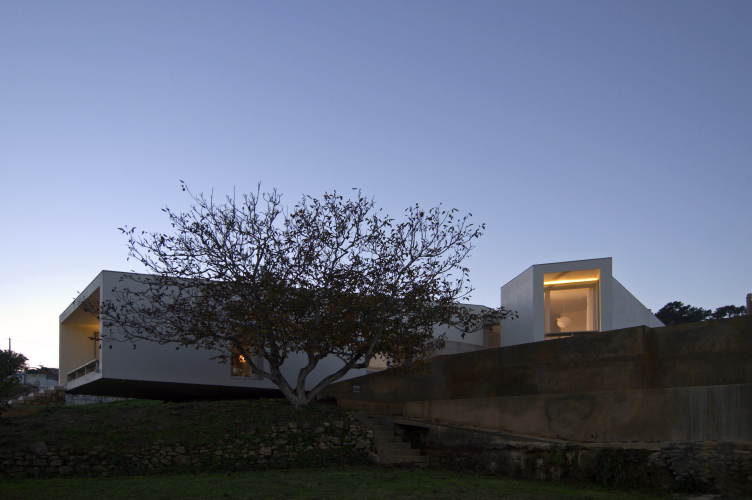 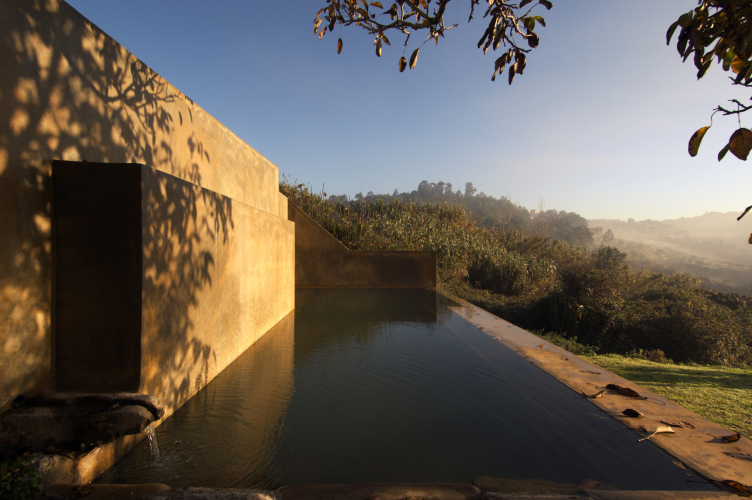 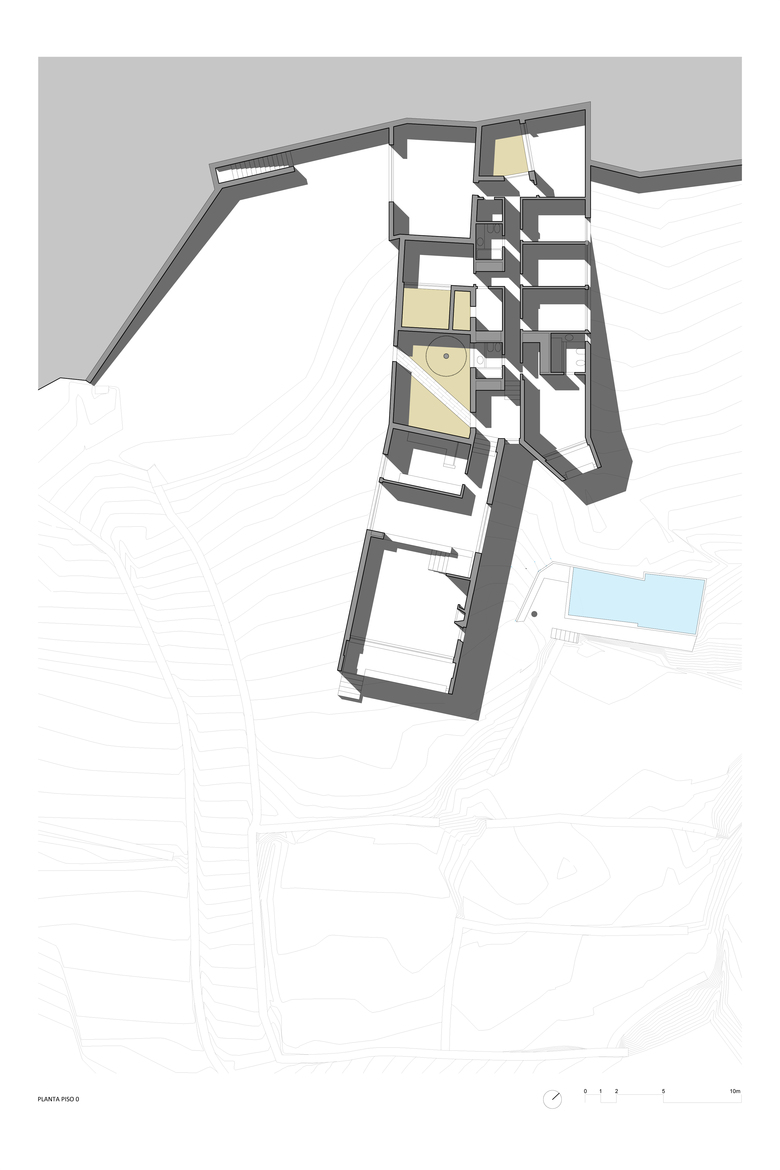 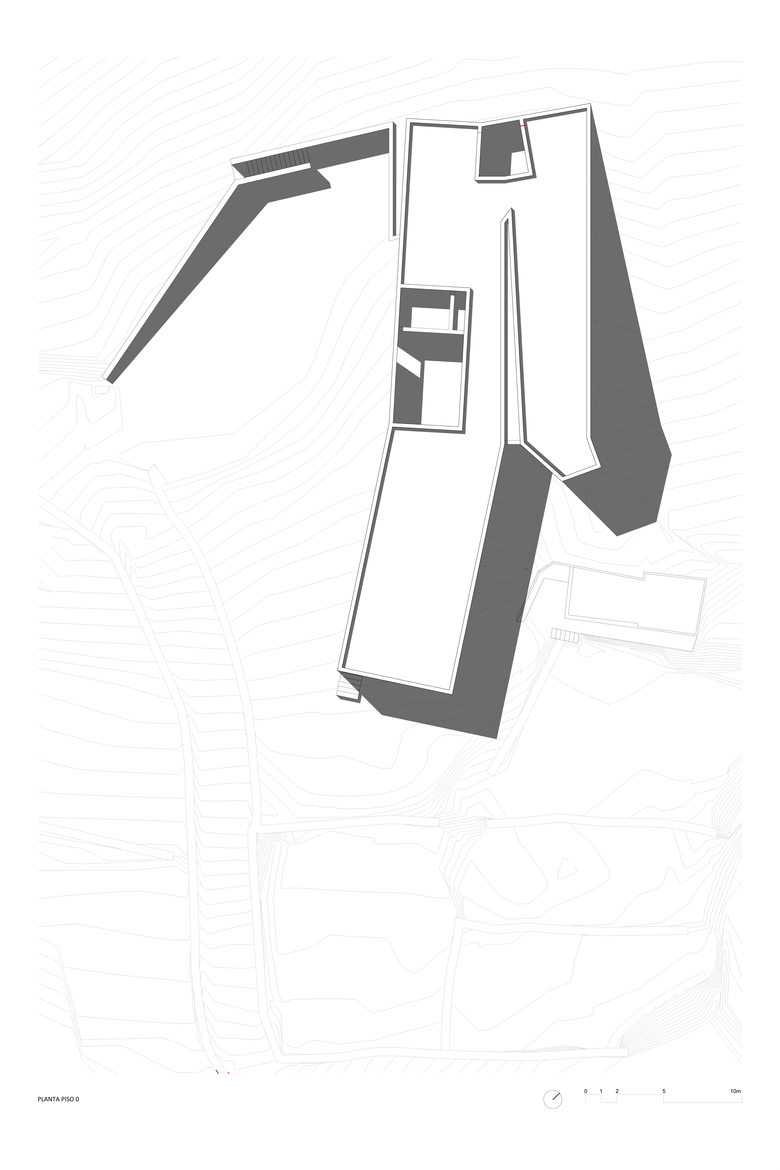 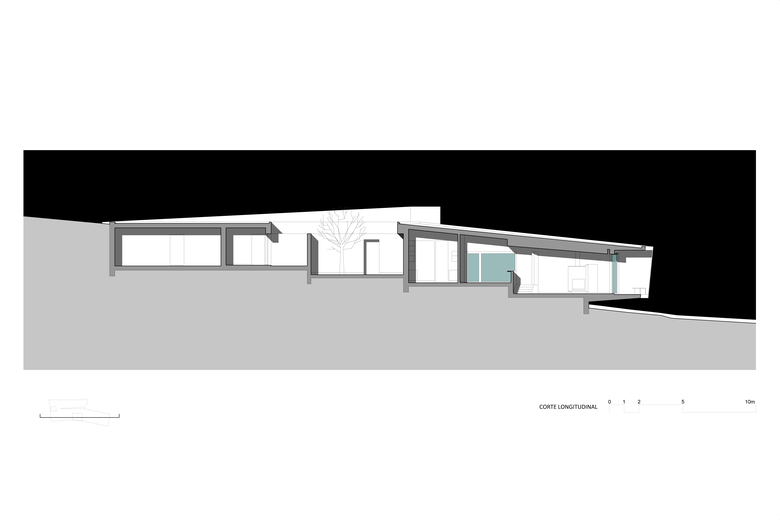 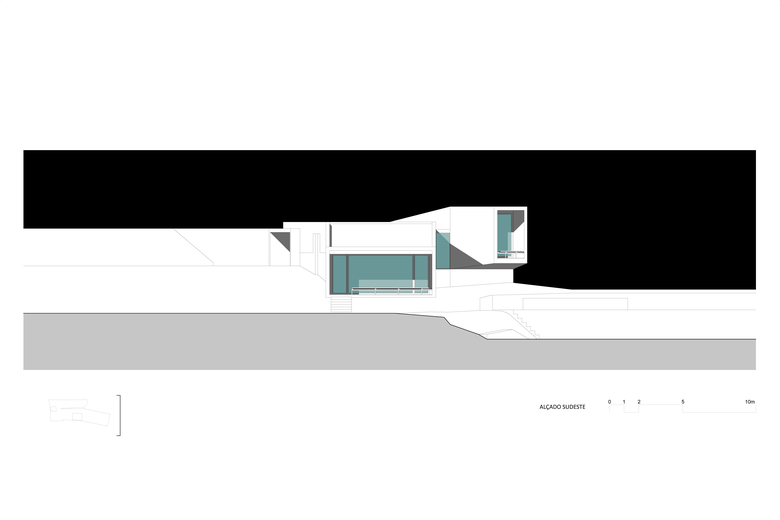 The site has a strong rural character, with small plantations, orchards and pathways limited by roughly made stone property walls and, once in a while, houses, scattered in the landscape.

It is a steep slope facing south over the valley, furrowed by a small river and a mountain in the background. While the upper half of the site is ramped, the lower is built in steps. In the transition between both two clear references became the starting point for the project: a walnut tree and a watering tank.

The first site visits immediately suggested a volume lying on the slope, facing the entrance walkway and sheltering the house from the neighbours while opening the interior views to the southern valley.

The site's natural beauty dictated the project. The house develops in an intimate relation with the ground, penetrating it as the slope increases and eventually becoming part of the mountain where one can walk; then it is displaced while descending, reappearing on the slope.

A long volume was then drawn, like a line bent over itself and over the water tank and the tree. Between those elements the primary exterior space was created.

Along the house courtyards were excavated building spaces of intimacy and peace, generally lacking in an overexposed context: the entrance courtyard, the guestroom courtyard and the one of the corridor.

The edges of this tubular form bifurcate interacting in different ways with the exterior: the end of the main room is narrow and high overlooking the eastern valley; the wide and low end of the living room is suspended over the southern valley.

The private area of the house is serviced by an austere corridor whose ends represent opposite realities: the northern one opens to an intimate courtyard dug on the ground whilst the southern one opens to vast landscape, with the walnut tree in the foreground and the mountain in the distance.